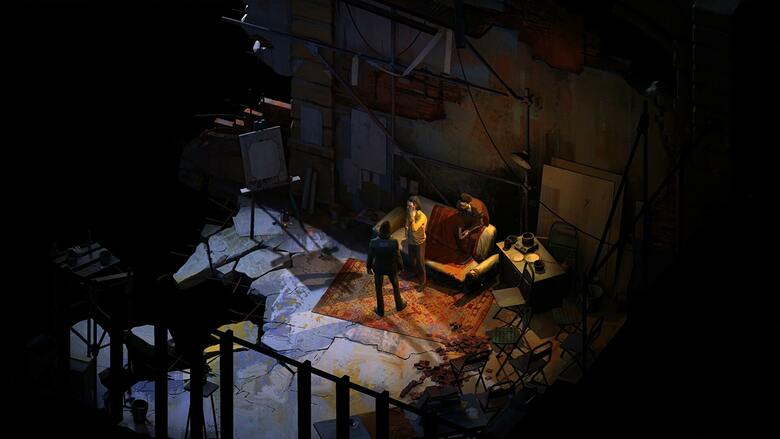 Back in October, we learned that ZA/UM, developer of the hit indie RPG Disco Elysium, forced several key members of the game’s development team out of the company in the midst of development for the game’s sequel. Now we have the full details on what exactly went down.

According to a new report, three members of ZA/UM – Disco Elysium designer Robert Kurvitz, writer Helen Hindpere, and art director Aleksander Rostov – were fired from the studio due to mismanagement and misconduct. ZA/UM states that the employees created a toxic work environment, demonstrated misconduct towards other employees including verbal abuse and gender discrimination, and attempted to illegally sell ZA/UM’s intellectual property.

There was also a rumor that ZA/UM fired these employees due to disputes surrounding money. According to a statement from ZA/UM, that rumor is “entirely unfounded and does not in any way reflect the facts.”

ZA/UM has released a lengthy statement on the matter, which you can read in full below.

“ZA/UM Studio today released a statement to address recent team dismissals that have sparked litigation and media coverage: Our recent dismissal of a few members of the ZA/UM Studio team has led to legal filings and inaccurate news coverage. While we are confident that ZA/UM will prevail in court once all the facts are heard, we believe it is necessary to address baseless claims and falsehoods, if only to rightly defend ZA/UM and protect our employees.

“While active litigation limits what we can share publicly, we believe additional information will provide a more accurate picture given our former employees have neglected to mention key facts to reporters, on blogs, and in other public platforms. For clarity and accuracy, we are sharing the reasons for the justified firings of some former ZA/UM Studio team members:

“ZA/UM cannot and will not tolerate egregious misconduct, even from individuals who, along with the broader team, have contributed to a game that we are exceptionally proud of and that continues to capture imaginations across the globe. In addition to creativity and innovation, ZA/UM also stands for professionalism, kindness, decency, and fairness, which we expect from all our employees. It would be shortsighted to accept anything less, as we need team players for the highly collaborative process that is creating games.

“The rumour that our decision to terminate the contracts of these individuals was taken for financial gain is entirely unfounded and does not in any way reflect the facts. It was a decision that had to be taken for the wellbeing of the collective. Further, ZA/UM denies any claim of financial malfeasance or fraud that is being held against us. The vast majority of profits from Disco Elysium have been invested back into the studio in order to fund our next projects, which are currently in development.

“We will not let the actions and comments of a vocal few distract from the important work of the studio. ZA/UM has tripled in size from a year ago to nearly 100 employees while retaining the vast majority of the team that worked on Disco Elysium. We have built a passionate and creative team of staggering talent that continues to combine storytelling, art, and technology in our efforts to elevate video games and redefine genres. We are excited to forge on doing this with all the love and brilliance in our hearts and minds. We have so much more to show you.”