Talk about a hellish experience 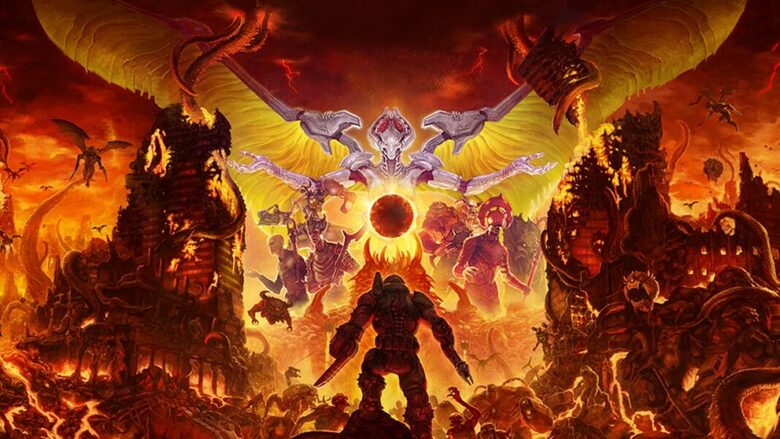 You might remember that sometime ago, DOOM/DOOM Eternal composer Mick Gordon said he was unlikely to work with Id Software on another installment of the DOOM franchise. Gordon said this was due to issues that cropped up during the creation of DOOM Eternal’s soundtrack. Gordon’s account was quickly refuted by DOOM Eternal executive producer Marty Stratton, who squarely placed the blame on Gordon. Now, literally over 2 years after that dispute first made its way onto the internet, the situation has gotten much worse.

Gordon has today released a massive statement on the matter, and he claims that Marty Stratton not only lied about the situation, but also offered a six-figure sum for Gordon to stay quiet about the whole thing.

The breakdown Gordon shared is quite lengthy and goes into great detail on the creation of DOOM Eternal’s soundtrack, which sounds like it was quite a rough process. According to Gordon, Stratton constantly criticized him for his work, despite a schedule that was constantly changing. When Gordon suggested a new schedule to make the workflow easier, Stratton supposedly rejected the notion that there were any issues, and placed the blame on Gordon, saying he was incompetent.

Furthermore, Gordon says he wasn’t paid for the gig until 8 months into it, and then didn’t receive his next payment until 11 months after that.

Finally, Gordon says that the original soundtrack release of DOOM Eternal was announced at E3, and at that point no such soundtrack release was in the works, and Gordon had never been talked to about the project. Even worse, once the game launched, Gordon learned that works he had created for the soundtrack that were originally rejected were instead used in the final release.

The situation only gets worse from here, as Gordon was under even more pressure for the DOOM Eternal standalone soundtrack release. According to Gordon, more deadline issues and miscommunications led to a nightmare scenario, all of which ended with Stratton posting a message to the public on Reddit that blamed Gordon for all of the soundtrack’s shortcomings.

There’s a lot to parse here, and if you’re at all interested in Gordon’s side of the story, you should really set some time aside to read his breakdown. You can see Gordon’s entire summary of events here.