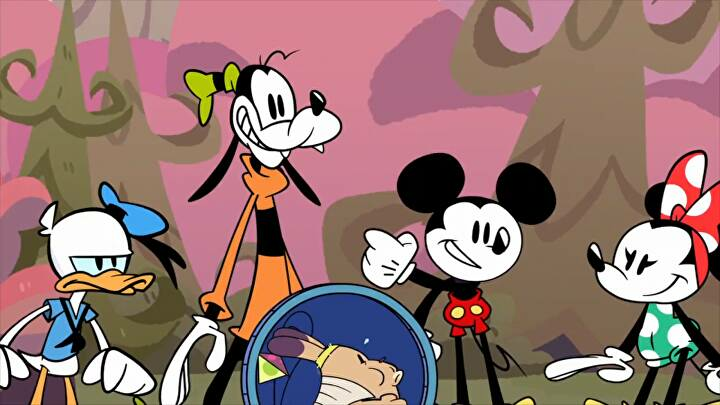 Disney Illusion Island was revealed for Switch a few months back, to the surprise and delight of Disney fans. The game is a four-player explorative platformer that stars Mickey, Minnie, Donald and Goofy, and it’s coming from developer Dlala. While any project with Disney is a special one, it turns out this game is extra meaningful for the team at Dlala.

In an interview with Games Industry, Dlala CEO Aj Grand-Scrutton reveals that the studio was actually partnered up with Disney back in 2014 for a project. Believe it or not, that game was also a Mickey-based platformer, but it would never see release. Unfortunately, we have no information on why Disney decided to squash that game and move on.

While that was certainly devastating for Dlala, everything would come full circle in 2019. Dlala had another interview with Disney to potentially partner up once again, and this time it would stick. Disney Illusion Island is a lock for Switch sometime in 2023, and it’s going to be a completely difference experience from what the 2014 project had to offer.

Grand-Scrutton did confirm that the cancelled title was going to be a Mickey-based platformer, but specifics beyond that weren’t shared. As for Disney Illusion Island, Grand-Scrutton did state that this new title doesn’t reuse anything from the scrapped 2014 game.