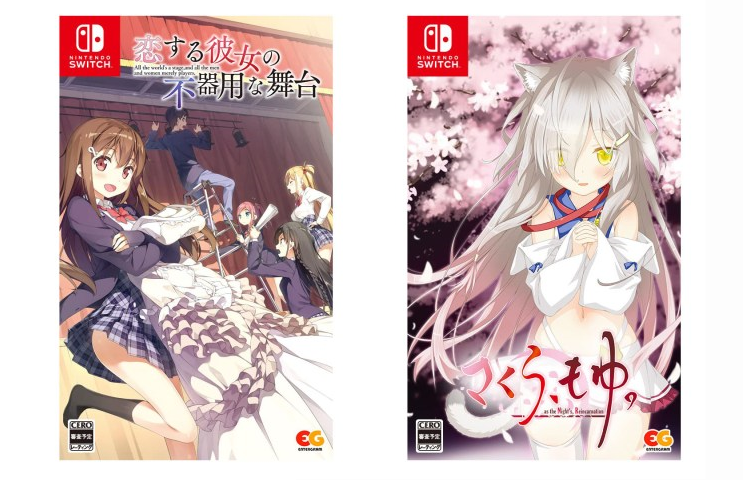 The Switch already has an incredible selection of visual novels in its library, but Entergram is set to expand the offerings with two more titles.

Entergram has announced both Sakura, Moyu. -as the Night’s, Reincarnation- and Koi Suru Kanojo no Bukiyou na Butai for Switch in Japan. Both are romance visual novels, and each one is set to release both digitally and through retail on February 22nd, 2023. 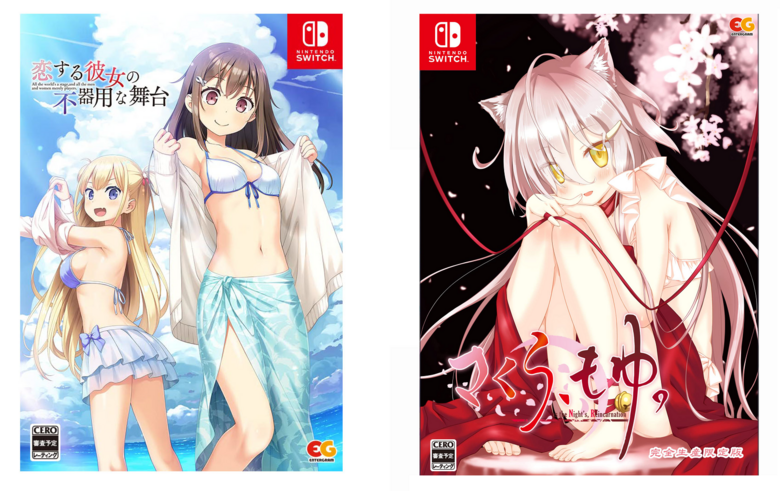 A 14,270 yen limited edition of Sakura, Moyu. -as the Night’s, Reincarnation- will be available as well, which includes an acrylic ornament. Koi Suru Kanojo no Bukiyou na Butai’s limited edition is priced at 10,970 yen, and includes a B2 tapestry and the original soundtrack.

You can see a breakdown for each game below.

Sakura, Moyu. -as the Night’s, Reincarnation-

A long time ago, a group of special girls known as ‘mahou shoujos’ saved the world after a fierce battle where blood and tears were shed and prayers were made. It was an overly common battle tale. However, no one thanked or praised them for their victory. In fact, no one even knew them at all. Even so, the future of humanity was protected and it came to a happy end.

Now around ten years later, it was spring, the season of meetings and farewells. Those who had once saved the world have forgotten ‘magic’ and lived as normal girls with ordinary encounters and problems. Taiga was approached by the transfer student Haru, who made a request of him:

“Please turn me back into a mahou shoujo.”

The students at Hayakubo Academy are all excited about the upcoming culture festival. However, the clubs with not many members have a problem on their hands: if they don’t complete the task that the student council assigned them for the festival, then their club will be disbanded.

For the literary club which Ichigo was part of, they must prove that they deserve a club room and funds by selling 100 copies of their latest work. His childhood friend Mayuu, who used to be a famous actress, was worried about losing a place to call her own, while his underclassmen and writer Sena had no desire to join another club. However, they had only sold 35 copies at the last festival and they couldn’t see how they could meet their goal with only the three of them in the club.

The leader of the 2-member drama club, Momoka, came to them and offered them with a solution. Their club would be disbanded if they didn’t put on a great play at the culture festival, so she asked them to write a script for them and also to take part in the play. She also wanted Mayuu to return to the stage. Will the literature club and drama club successfully complete their tasks?