Shipping out this month 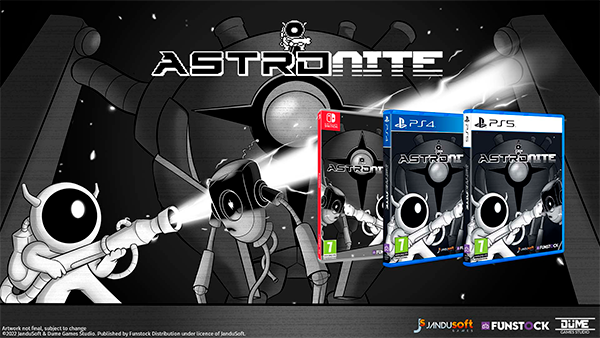 Earlier this year, Dume Games Studio, Jandusoft, and Funstock announced that the metroidvania action-adventure game Astronite would be getting a digital and physical Switch in October 2022. Unfortunately, that month came and went without a release. Thankfully, the publisher has announced a new date for both versions of the game, and it’s set to launch on November 30th, 2022.

Take control of the brave explorer Astronite and explore a huge map with different zones full of hidden secrets, enemies, and big bosses. Recover the planet and restore it back to civilisation before it was invaded by strange creatures! Explore an uncharted planet with the help of your skills…

Inspired by great video game classics, meet intriguing characters that can help you in your adventure, or make things complicated. Get the power-ups and travel through all zones. Fight many different enemies, explore platforming areas, and defeat bosses that stand in your way! Your quest is clear: eliminate the invasive species from your home planet.

Astronite’s physical release will be a standard one, including just the game and a box. There’s no collector’s edition on the way, and physical pre-orders for the standard release will open later this year.