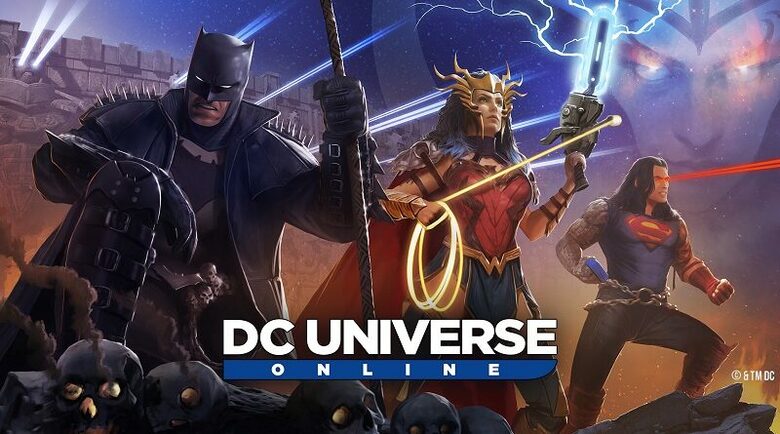 A new update is available for DC Universe Online. This Game Update 129 + Episode 44 includes some extensive tweaks and changes, and you can see the full patch notes for the update below.

Billy Batson’s News Recap! Black Adam traveled to Neron’s Underworld to rescue his beloved Isis! But, did it work? Tune in to find out!

Meet Metamorpho and Shazam’s pal Mary at the Godseye Pyramid to investigate the source of monstrosities being unleashed on Kahndaq.

Travel to the Rock of Eternity with Black Adam to use its power to find a way to reach the Underworld.

Accompany Black Adam in the Underworld and clash with Neron in a battle to release Isis from Neron’s treacherous machinations.

Gain access to the full library of the Seven letters of SHAZAM!, Transforming and empowering the Word Of Power Ability into Seven new Potent Abilities to unleash the Power of SHAZAM! upon your foes.

Groups no longer roll for collection rewards from gold nodes

The Witching Hour Returns with new Base Items, Feats, and Styles!

All hell has broken loose in the streets of Gotham City and inside The Midnight Masquerade Nightclub! Go to the House of Legends and speak to the Phantom Stranger (Heroes) or to Tala (Villains) to receive further instructions. To queue for “The Midnight Masquerade,” go into your On Duty UI and look under the Events Tab.

Travel to the House of Legends and take flight in the “Multiplayer Aerial Movement Challenge: Flapping in the Night”. You’ll be transformed into a vampire bat, and race around Arkham Asylum!

Each day of the event, also look for “The Witching Hour” in your Mission Journal to complete and earn Spooky Bites! Shop using Teekl’s Halloween bucket for the new Pumpkin Knight style items, the Spooky Host Accessory and new base items! Level Requirement: 10

The fall vault is back! Everyone can run the vault daily during The Witching Hour event. Find the Vault-O’-Lantern in the House of Legends for a special new mission that treats you with access to this themed vault.

Several changes have been made in preparation for Episode 44 later this month.