8BitDo Ships the Ultimate Bluetooth Controller Across the EU

The next contender for best Switch controller is here 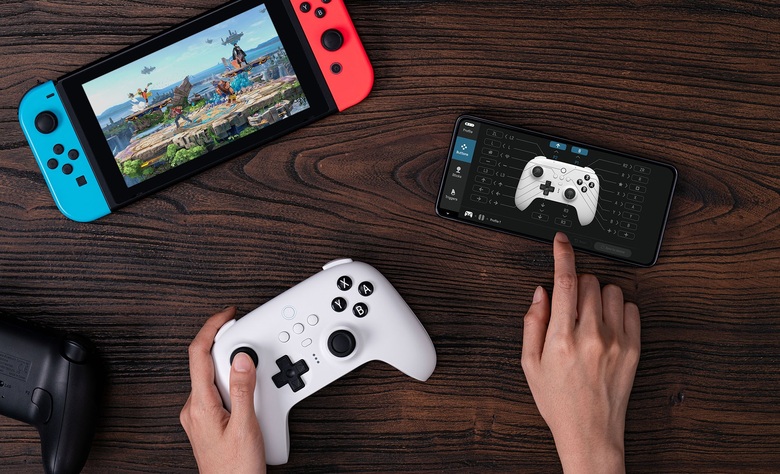 Game Outlet Europe, an independent distributor of video games and gaming accessories and part of Embracer Freemode, announced today the shipping of the 8BitDo Ultimate Bluetooth Controller across the EU.

Released to critical acclaim earlier in the year for North America, the Ultimate Bluetooth® Controller arrives across the EU in time for the Holidays, promising to up-the-game for the discerning player across a wide range of formats including Switch, Windows PC (10 and above), as well as iOS and Android.

Ultimate by name and ultimate by nature. The Ultimate Bluetooth Controller delivers pro-level design and functionality, even supporting full motion control when used via Bluetooth with Switch. The Charging Dock included, stores, protects and charges the controller when not in use, switching it off when docked and automatically switching it on when picked up for instant play. The bottom of the Charging Dock houses a powerful USB 2.4G adapter, allowing gamers to use it with Windows PC, and the Controller’s powerful 1000mAh Li-on rechargeable battery will keep gamers going for those longer sessions over the Holidays.

When playing on Windows PC, iOS or Android, gamers are invited to download the powerful Ultimate Software from 8BitDo®, affording gamers a raft of customization options to suit their playing style or create custom profiles. Accessed at a flick of a switch located on the body of the Controller, up to three distinct profiles are available at any time with the Ultimate Bluetooth® Controller. Map action buttons, adjust thumbstick tension, modify the vibration intensity, tweak the trigger tension, or even create personalised custom macros; it’s all possible via the slick interface for unrivalled ease.

Pro-level back buttons afford additional control options, meaning that gamers never need remove their thumbs from the thumbsticks during the heat of battle.

The 8BitDo Ultimate Bluetooth® Controller is distributed across the EU by Game Outlet Europe and is available in black or white for an SRP of €69.99 / £59.99.