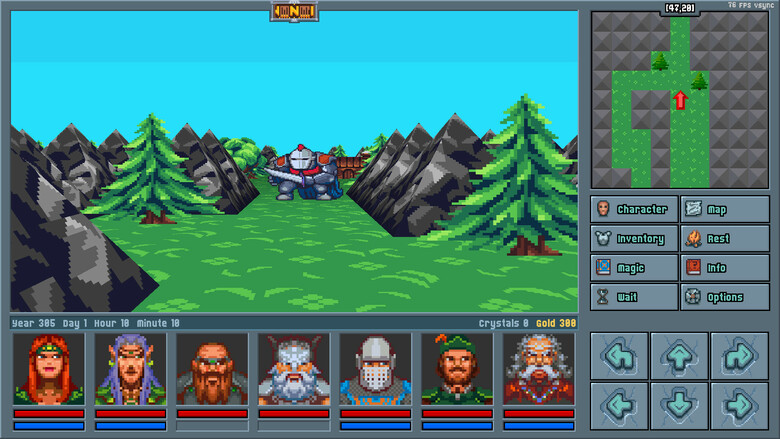 Legends of Amberland II: The Song of Trees is a classic western RPG inspired by the games from the 90s like Might & Magic, Wizardry, Ultima, the Gold Box series and others. Using the classic first-person perspective, over grid movement, turn-based system to travel in an open world with fast travel options and a quick combat.

You lead a party of 7 adventurers, manually assembled or pre-made, on an epic adventure to fight the evil which lurks in Amberland. It’s light, fairy tale, epic, heroic and slightly humorous. It does not take tons of hours to complete or require an endless grind to progress. Basically, it’s a love letter from the 90s, the golden era of RPGs.

There’s no release date for Legends of Amberland II just yet, but we do have confirmation it’s coming to Switch. When specifics are shared, we’ll be sure to bring them to you.