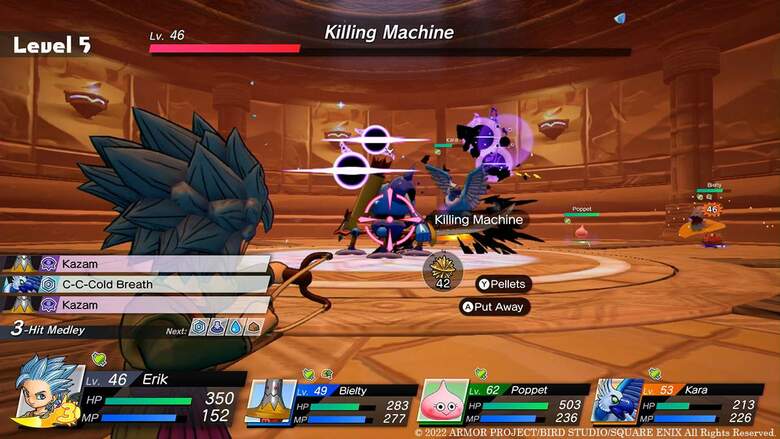 Square Enix has previously shared how sibling heroes Erik and Mia can discover amazing loot in DRAGON QUEST TREASURES, the ins and outs of forming a gang, how battles work and more. Now, with less than a month to go until the release of DRAGON QUEST TREASURES, Square Enix has opened up about the treasure maps you’ll pick up on your adventures… and the treasure dungeons they’ll lead you to.

A teleportal in DRAGON QUEST TREASURES

You enter dungeons through Teleportals. If you come across one while out exploring, summon up your courage and head on in! Defeat the super-tough monsters that reside on a dungeon’s final level and you’ll earn treasure, medals and gold!

The treasures you’ll find and the monsters you’ll encounter are different every time you enter a treasure dungeon - and there are special rewards if you make it out in one piece!

In DRAGON QUEST TREASURES, you’ll come across special items known as treasure maps. These will lead you to treasure dungeons where you can earn rewards, including treasure and medals.

So how do you get these valuable maps? Enemy monsters will occasionally drop them when defeated! Monster parties you’ve sent out on missions can also find treasure maps for you. When you find a treasure map, a special quest will begin! You can check the menu to see which island the dungeon is on.

If you search the island, you’ll find the entrance to the treasure dungeon - a swirling teleportal! Step through the teleportal and you’ll find yourself in a dungeon full of valuable treasure… and also danger.

Treasure dungeons are formed of a series of separate rooms that you have to work through in sequence. The monsters you meet and the treasures you find there change with every visit to a dungeon.

Battling monsters in a Treasure Dungeon

Defeat all the enemies in a room and the portal to the next one will appear. Some rooms contain mysterious stone pillars. Touching these pillars will affect your entire party in a number of ways.

Powerful monsters await on the final level of each dungeon. Cooperate with your party to take them down!

Rare monsters in a Treasure Dungeon in DRAGON QUEST TREASURES

You might also come across some rather rare monsters inside the dungeon, including ones with metallic bodies and others that sparkle extravagantly! Get the better of a treasure dungeon and you’ll earn treasures, medals and gold. There are also rare medals available for those who can clear dungeons quickly!

Hornbull, Sentinel of the Sands

At one point in the story, Erik and Mia will acquire a special treasure map. It shows the location of a treasure dungeon whose final level is a very special space, where a mysterious - and massive - monster awaits: Hornbull, Sentinel of the Sands!