Microids reveals its first round of soundtrack releases, including Syberia, Flashback & more 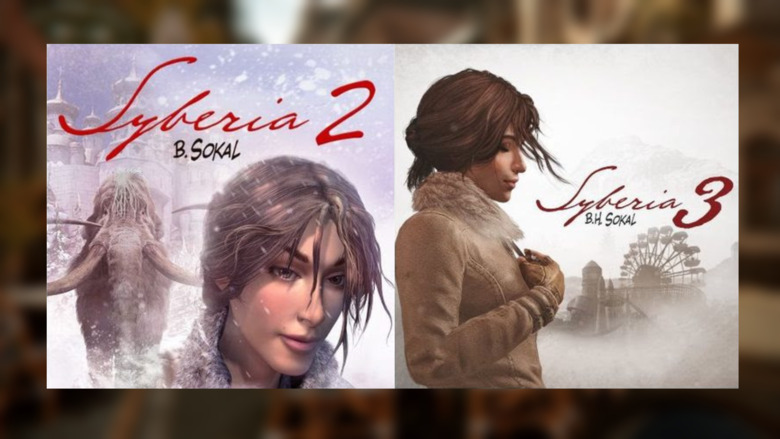 \Microids Records is delighted to unveil its catalog’s first titles and more information about the label’s ambition. As a reminder, Microids Records is the video game publisher Microids’ new music label. Its goal is to publish Microids games’ original music scores and work on various collaborations with artists and composers from different music styles and backgrounds.

The label’s releases will ship through regular digital and physical “drops” over the year. Each digital drop will include multiple albums from Microids games and other projects. In addition to the original soundtracks from Microids’ games (past, present and future), Microids Records will offer alternative and limited albums as well as original creations. The entire content will be available on main music streaming services.

The physical drops will offer limited edition vinyls, through collaborations with international partners.

Microids Records wishes to position itself as a label putting artists and composers at the center of its ecosystem. Every score or album will be treated as a full-blown art piece rather than a marketing or communication tool. This is why the label will support each digital and limited edition with utmost care and attention.\

Click the links below to enjoy the streaming versions of these soundtrack releases.

As the series celebrates its 20-year anniversary, Microids Records invites everyone to (re)discover two of the most classic original scores from Microids’ games. Composed in 2004 and 2017 by Inon Zur, award winning composer whose notoriety goes beyond the video game world. Inon Zur is notably known for composing the scores of Crysis, Prince Of Persia, Soulcalibur, Starfield, the Fallout series as well as Dragon Age.

The classic block-breaking game is back in a modernized version! The game’s soundtrack, composed by Xavier Thiry, is adaptative & progressive and fits perfectly with the game experience. Xavier Thiry is a composer, director and producer working in multiple domains including television, advertisement, and cinema. He has worked on many original soundtracks for Pastagames, Arte, Darjeeling, DotEmu, Arkedo and many more. The Arkanoid Eternal Battle score is his first original creation for Microids.

Expected to hit all platforms starting November 24, the famous pre-hysteric duo is back going head to head against dangerous dinosaurs and other carnivorous plants in this action-platformer coming straight from the Jurassic! Microids Records invites you to discover the original score composed by Raphaël Guesqua for Mr. Nutz Studio. Heavily involved in the 80’s ‘Demoscene’, Raphaël Guesqua made a name for himself by signing more than 100 original scores for video games and movies since 1991.

With a large open world to explore, dozens of resources to collect & use and the breathtaking races to tackle, Horse Tales – Emerald Valley Ranch is an adventure that speaks to multiple types of players and horse lovers alike. Microids Records invites you to discover the dreamlike soundtrack composed by Stefan Gonglach, Sound Designer and musician at Aesir Interactive.