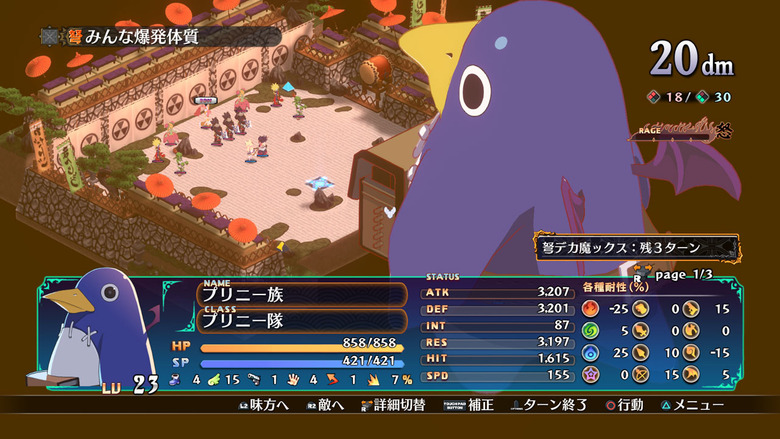 In recent weeks, we’ve been getting a lot more information on Disgaea 7. Most recently, we got information on weapons, a few soundtrack samples and a new trailer. That’s followed up today with a round of details on Ranked Battles.

For the first time in franchise history, Disgaea 7 will let you take on Ranked Battles against other real-life players, which will get your name in the bright lights on the leaderboard. The way this works is through your selection of characters, which then battle it out with another player’s characters in an automated match-up.

Your collective group can have 10 characters, and each Ranked Battle will let you choose from three randomly-selected armies. There are 30 turns in every Ranked Battle, and if one team doesn’t take out the other in that time, the side with the most remaining characters will be declared the victor. Your only real choice outside of characters is the ability to set the AI to prioritize certain actions.

Disgaea 7 will have different stages and rules for Ranked Battles every single week that will change up what’s allowed in your army. Depending on your Rank, you’ll get a host of prizes for winning a battle, includes some that are exclusive to Ranked Battles.

Finally, if you don’t think you’re ready for Ranked Battles, you can also try your hand at Free Battles.