Did You Know Gaming looks into cancelled F-Zero projects, including one for Switch

The team at Did You Know Gaming has turned their focus to the F-Zero franchise in their latest video, all with the goal of discovering details about unreleased and cancelled F-Zero projects.

While fans have been clamoring for a new F-Zero for awhile now, it only stings that much more to know that the series was in different states of return, only to be shelved somewhere in the process. These efforts included a potential F-Zero GX sequel, as well as F-Zero games for the Wii U and Switch.

As you might expect, the titles detailed in this video are about as dead as it gets. F-Zero itself might return some day, but it’s pretty unlikely anything discussed in this video will get revived. If these games are being talked about publicly, you can imagine Nintendo moved on years ago.

That said, if you want your heart broken and are looking for details on the F-Zero title that was at least being considered for Switch, you can find the bullet points below. This project was being worked on by Giles Goddard, who is most well-known to Nintendo fans for his work on Star Fox. 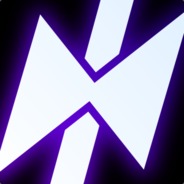