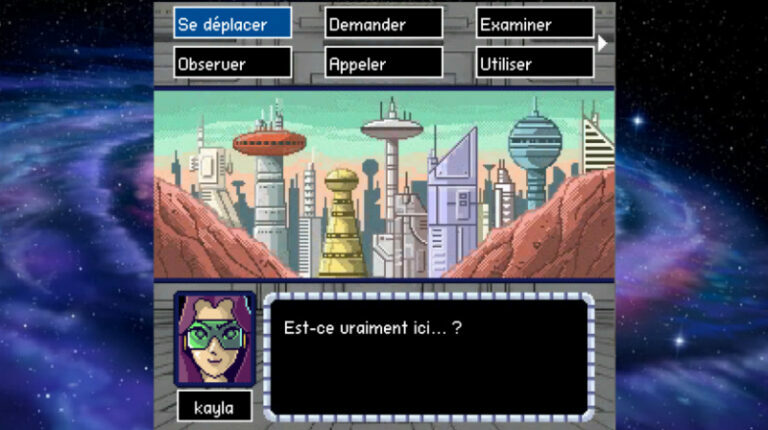 Takaya Imamura used to work for Nintendo, and he contributed artwork and story elements to both the F-Zero and Star Fox franchises. Since his days at Nintendo, he’s turned to working on a sci-fi manga called OMEGA 6. Now both of Imamura’s worlds are colliding, as his manga series is getting a Switch game adaptation.

Developer Happymeal has announced the 16-bit-style science-fiction text adventure OMEGA 6: THE VIDEO GAME for Switch. This game will feature the setting and characters of the OMEGA 6 manga, but it will include a brand-new story and some fresh fasces as well. While gameplay is largely text adventure-based, there will be some battle scenes and other unique features. OMEGA 6: THE VIDEO GAME will support English, French, and Japanese language options.

The story for OMEGA 6: THE VIDEO GAME is as follows:

After months of cryonic suspension in their spaceship, Thunder and Kyla are finally awake. They are bounty hunters, and the target they were chasing after has finally been located on an average planet. But just when they thought they’d make short work of him, their opponent Petrogaze turns out to be much tougher than expected…