Sky: Children of the Light updated to Version 0.19.5 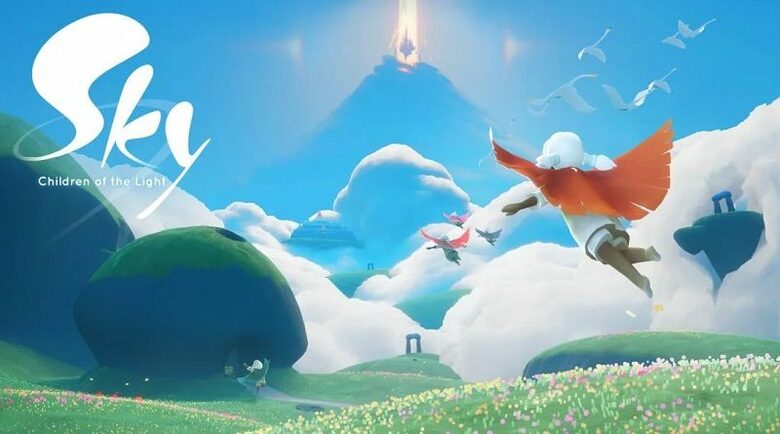 Sky: Children of the Light has been updated to Version 0.19.5. You can see the full patch notes for this update below.

Season of AURORA Concert and Updates

Prepare to be immersed in the Season of AURORA concert! Premiering at 20:30 on Thursday December 8 (all times PST, UTC -8), this unparalleled experience connects thousands of players in one concert venue through a shared musical voyage through the heart of Sky. Everyone is invited to take part—no purchase or minimum Season progress required!

As the start time for the show approaches, head to the Valley of Triumph’s Coliseum or speak to the AURORA Guide in Home to teleport there directly. Players who arrive early can try a number of new features in the area, including Spirits ready to lend an instrument for a jam session, a room tucked away from the crowd to peacefully help you take in the moment, and even some Dark Crabs ready for a race.

The limited seasonal IAP cosmetics introduced in 0.19.0 will continue to be available in the Coliseum after completing the 1st Seasonal Quest or through the in-game shop. Additionally, this update includes the remaining seasonal IAP offered specially for this collaboration:

The Voice of AURORA instrument will be in the in-game shop. This instrument features AURORA’s actual voice, brought to the style of the game so that Sky children can sing songs of their own. The remaining seasonal IAP will be in the Coliseum. The Giving In Cape and to the Love Outfit become available at 17:00 December 8, during the countdown to the concert’s debut.

The Wings of AURORA cape becomes available after completing all Seasonal Quests and taking part in the concert. This item gives the wearer and the friends they hold hands with a special ability to teleport to the Coliseum and view the concert in one of its six time slots, even after the Season ends. The option to replay the concert will be enabled in the expression menu while in the Coliseum. Select that option to be taken to the version of the Coliseum prepared for the concert—the pre-concert activities will be available before the start of the show, too.

By attending the concert during the Season and completing all Seasonal Quests, players will also have the opportunity to unlock special limited seasonal cosmetics from the AURORA Guide’s Friendship Tree using in-game currency. No Season Pass or other purchase is necessary for these collaboration items.

Season of AURORA concludes at 02:00 January 2, 2023 (there will not be Seasonal Candles in the realms during these final two hours of the Season, since it is not a full day. Please note that the time the Season ends has been updated from the original announcement for the 0.19.0 patch notes to fit the final concert). The Seasonal Quests that convey the stories of the four AURORA spirits will continue to be available unchanged after the Season ends, and the four Seasonal Spirits will return with their items as Traveling Spirits in the future.

During the concert there are moments of bright and/or flashing lights, including the visual effects that occur when other players use calls and emotes during the show. Please use discretion when choosing to participate.

Celebrate the end of the year in Sky with silvery snow and familiar faces! From 00:00 Monday December 19 until 23:59 Sunday January 8, 2023 (all times PST, UTC-8), Days of Feast returns with a range of activities to enjoy throughout the realms.

In Valley of Triumph, new changes have been added to the Village of Dreams and Hermit Valley for the occasion. For example, find a new setup to create a Skyball game with friends, or keep an eye out for the Bearhug Hermit Spirit who will appear periodically in the Village—once you find them, you may discover their magical ability to transform your appearance.

Players who have completed all Season of Dreams quests will be able to collect Light falling from the sky as the young skating Spirit practices their best moves—after Days of Feast is over, this Light will appear when this Spirit occasionally returns during the week. Meanwhile, in the Hermit Valley area there’s a new permanent race for players with a need for speed, or Light, or both.

Both Home and the Secret Area accessible from Vault of Knowledge are part of the event too. The Secret Area is open for all to enjoy themed decor and perhaps some friendly competition on the ice. Home will also be transformed as a blizzard gradually rolls through. Over different phases during the event, players can gather up to a certain amount of Light that falls gently from the sky, or that glows from a cozy fire in a snow hut once it opens up.

Players interested in mementos for the event will find new and returning items. Talk to the Bearhug Hermit Event Spirit in Home to for a chance to unlock these:

The follow items will be in the in-game shop:

A Skyball Set Spell will also be permanently offered in the Village of Dreams:

All items previously offered in the past three years of Days of Feast will also be available for players who prefer to opt for a returning item. They can be found by checking with Event Spirits and locations in Home and the Secret Area.

Speak to the Grandma Spirit in Home, or check the shelves of her snow hut, for the following returning items:

In the Secret Area, these items can be found by checking in with several Event Spirits:

A free version of the Tournament Skyball Set is set up in the Secret Area for all players to enjoy during Days of Feast. There will not be trial versions of the Ode to Joy music sheet or Winter Feast Pillow, but free trial spells for all other IAP and in-game currency items can be found at the Sleepy Traveling Merchant’s boat in Home and a cheerful snowman in the Secret Area!

Improvements and bug fixes in this update include: