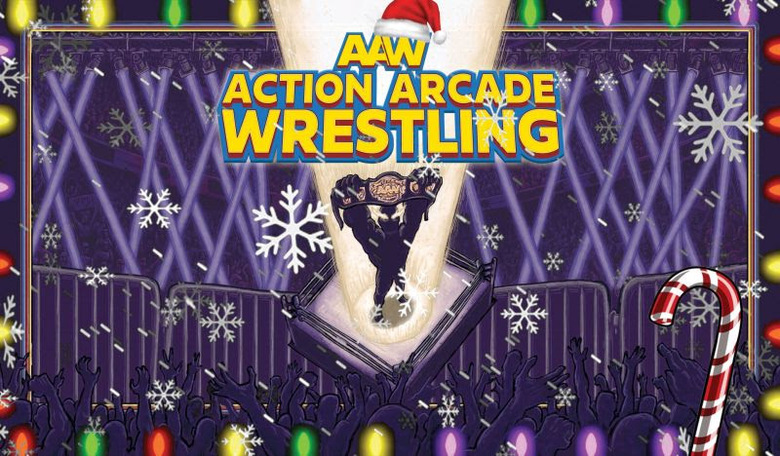 Time to rise up to a new wrestling challenge created by the greatest opponent you can ever imagine - YOU! Action Arcade Wrestling, the fast-paced wrestling game with high-flying stunts, flaming tables, and lightning bolts (OH MY!), has launched the Arcade Gauntlet update for Switch.

The Arcade Gauntlet is a mini-tournament editor where gamers can design a “gauntlet” of five continuous battles, each with different match types, opponents, and unique modifiers. The VICO Game Studio dev team will continue to expand Arcade Gauntlet to include online integration in 2023.

As a special treat for Nintendo Switch players, Action Arcade Wrestling is now available for the limited promotional price of $8.99 (40% of S.R.P.) on the Nintendo eShop.

Unleash your creative juices and create the most challenging series of matches with the Arcade Gauntlet! Start with a tag team match with uranium-enhanced Biohazard and slithering Blue Serpent, then survive a 1-on-1 submission match against Forsaken with 50% damage reduced, only to enter a 4-way Elimination match with no power-ups and opponent damage increased… Arcade Gauntlet can be as challenging and deadly as you desire!

Action Arcade Wrestling brings everything you love from ‘90s wrestling games with its own twist on chaotic fun. Join the action and step through the ropes in a fast-paced jawbreaking, body slamming extravaganza that superkicks overly simulated wrestling games out of the ring! Choose from a roster of 30+ outrageous wrestlers and use their superhero-like abilities to perform powerful (and sometimes sparkly) attacks in the most over-the-top wrestling game ever conceived.