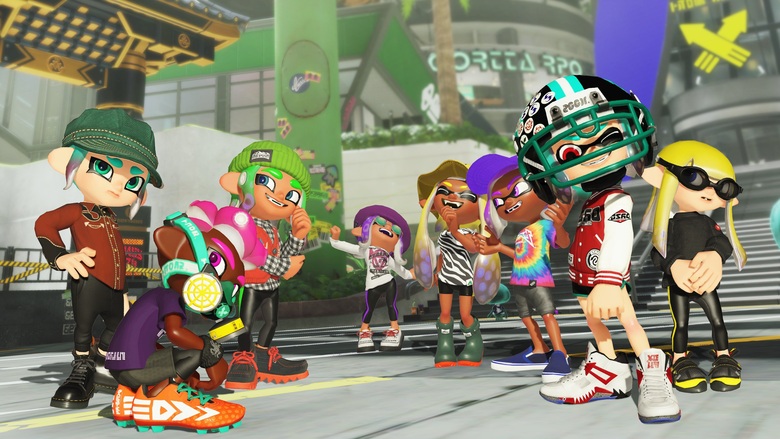 Nintendo originally announced that a whole new catalog of content was coming to Splatoon 3 on Dec. 1st, 2022, but it appears things have gone live a tad early! All Splatoon 3 players with an active Nintendo Switch Online membership can jump into the game right now and enjoy “Chill Season 2022” content! This includes weapons and stages, new gear and victory emotes, and game modes.

And just when you thought it was safe to stay out of the water … Big Run is coming! This new game event brings a twist to the co-op survival action of the Salmon Run game mode. The first Big Run will take place when the Salmonids invade the Wahoo World stage later this year. Stay Spla-tuned for more details about how this event will change Splatsville and how to participate.

If you’re an eel-ite Splatoon 3 player, you need to check out the new X Battles! X Battles require players to reach an elite rank in Anarchy Battles and risk X Power to challenge their way up the leaderboards. X Battles will debut on Dec. 1, along with three new weapons (a new Roller, Charger and Shooter) and 10 returning weapons from previous Splatoon games, including some with modified sets!

There are also a couple of fun additional stages being added. The new Brinewater Springs makes its “fresh” first appearance, and many sea-soned players will remember Flounder Heights from the first Splatoon game.

Plus, fashionable Inklings and Octolings know that a new season means a whole new catalog. “Chill Season 2022” adds a new collection of gear, custom titles, victory emotes, stickers and more to help you show off your style and stand out from your “piers.” There will be new gear and items in the shops, as well!