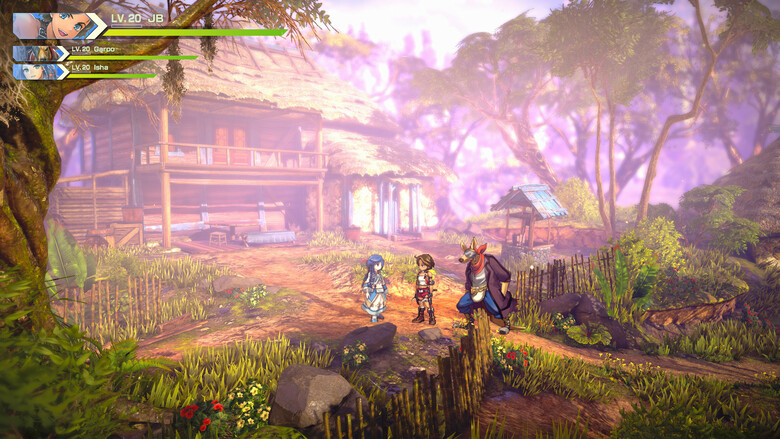 This month, the concentration is on Eiyuden Chronicle: Rising, developed by Natsume-Atari, which was first announced back in October 2022 and is considered as the prologue of the main game.

New concepts arts were shared, which you can check below; it showcases some sketches of the Mine Dungeon area. Yoshitaka Murayama has also confirmed that Eiyuden Chronicle: Rising has entered the final stages. 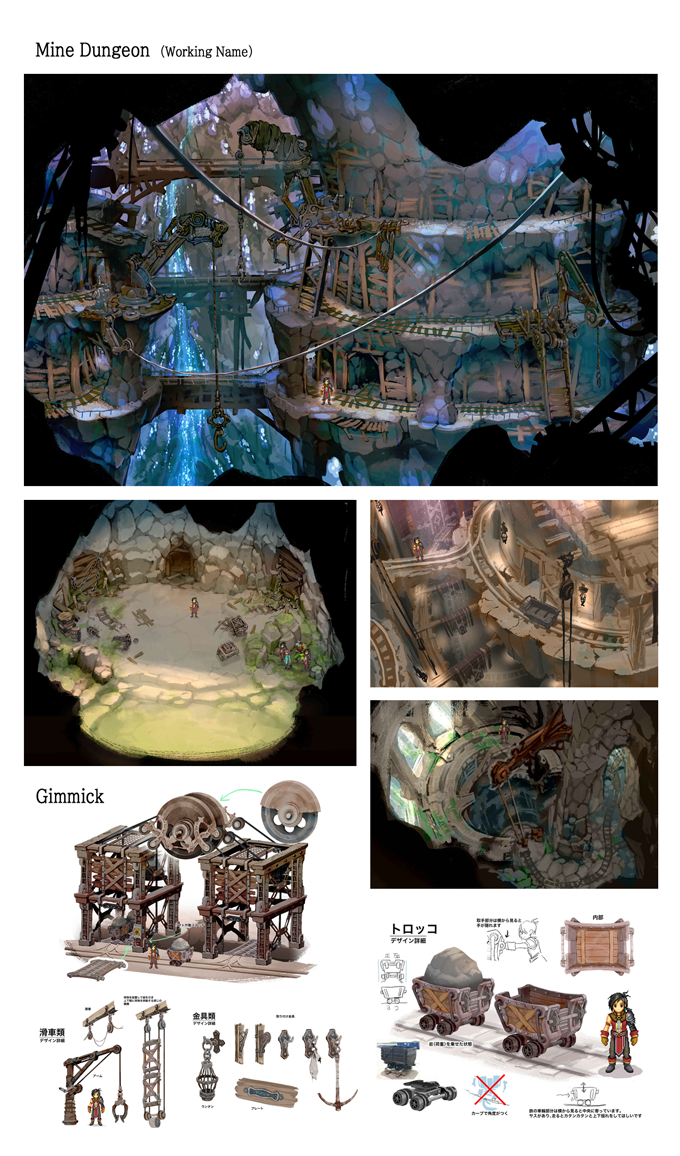 More information in the update:

Spring is nearly upon us again and we’ve got another update packed with insights into the upcoming companion game, Eiyuden Chronicle: Rising! But before we jump in, we’d like to cover a few things on the Kickstarter campaign side of things:

First thing we’d like to cover is the e-mails we mentioned in our last update regarding platform choices for Eiyuden Chronicle: Rising. We’ve run into a small scheduling hiccup which has caused a delay in getting these sent out. We would like to thank everyone for their patience with this, and promise they will be going out soon to your Kickstarter registered email addresses!

Next, we’d like to reiterate the versions and their region languages for Eiyuden Chronicle: Rising as we did in last month’s FAQ:

This time, I’d like to show you some rough sketches of the Mine Dungeon area. Doesn’t this look exciting? Like it’s some secret underground passageway.

I used to love movies like The Goonies and Indiana Jones when I was younger because they’re filled with action and adventure. The minecarts were always the most exciting part for me. Just once I want to go dashing through secret mine passages in a minecart before I die.

Actually, that would be pretty scary… I’ve always wondered if there’s a theme park somewhere out there that would make a ride like that. Or maybe I should just make one myself?

To any theme park owners out there, you know who to call!

I know I’m not really explaining much about the images here, but think about it. Why are Nowa and the others in these run-down old tunnels? Where do the tunnels go?

This is going to be a very large dungeon and I hope you’re looking forward to playing through it.

Eiyuden Chronicle: Rising has been created as a companion game set in the same world as Eiyuden Chronicle: Hundred Heroes. The story was written by Tadashi Satomi and the development is being handled by a different company from the main game: Natsume Atari.

The concept of creating a companion game was actually devised by the Kickstarter Project Team. However, as a member of Rabbit & Bear Studios, I had my doubts.

But Eiyuden Chronicle is an RPG, so I couldn’t visualize what a companion game with a limited budget and a low price tag would look like. Fortunately, after some chance encounters, the name Natsume Atari arose as one of several candidates to produce this game.

I have always thought of them as a successful development team, and their plan to make an Action RPG where you rebuild a town was something I could see working. And thus, this companion game was taken from an idea into reality.

We will soon see how it all turned out.

Of course, we were able to playtest the game and give them some opinions and ideas, and as far as game feel goes, both Tadashi Satomi and Natsume Atari have met all of our expectations.

A Word from the Team J-Diary Vol.5

Some gameplay footage for Eiyuden Chronicle: Rising was broadcast the other day. Did you all get a chance to see it?

That’s right, our partners in the Eiyuden Chronicle project, Natsume Atari, are nearly finished with the companion game Eiyuden Chronicle: Rising, and I’ve been taking a break from the main game these last few months to work as supervising director for it. It’s been a while since I last worked on an Action RPG, so getting to do so was a thrill, and really took me back to my time working with IGA as director on the Castlevania series.

Back then, any one team member would be juggling multiple roles within development, and we had to devise ways to keep the development process fun and enjoyable despite how tough it was being a small team working against tight deadlines. I definitely felt that same atmosphere of fun and positivity with the Eiyuden Chronicle: Rising team.

Eiyuden Chronicle: Rising was originally intended to be a small project, as a little something extra for the backers. Yet it’s gone so far beyond that I almost feel like my expectations were betrayed, but in a good way.

With Natsume Atari’s hard work and enthusiasm, Eiyuden Chronicle: Rising has become a high quality game that everyone should get their hands on, and I can’t thank the team enough.

Since it is an Action RPG, we’ve gotten some feedback from RPG fans who think this game might be too difficult. But rest assured, it isn’t.

To tell you the truth, myself and Murayama are both…totally terrible at Action games! lol

(At least I think Murayama is…? He might get mad at me later).

Some of you might find yourselves thinking, “but you guys made Castlevania!”

Seriously, we’re terrible at those kinds of games.

So, while it does have action elements, remember to look closely at the genre name. It still says “RPG” right? And what’s an RPG, if not the kind of game that you can progress in with a little hard work.

If I remember right, it was the RPG elements that made the Castlevania series so popular in the first place. We’d get so mad when we died playing NES-era Castlevania that we’d throw our controllers. But when Aria of Sorrow was made, it was so well-balanced that even I could beat it. And that’s why it was so well received, I think.

Honestly, I doubt there are many people who are that good at those old Action games (although this statement may prove controversial). Nonetheless, if those people are out there, they can enjoy this game too. That’s the joy of an Action RPG.

So, everyone can rest assured that they will enjoy this game.

There are two more big points I want to make about Rising:

The first is how reliable the combo action between the three main characters is. It’s seriously exhilarating, the way the three unique protagonists come together. I felt reassured by how well the party follows you, like I could push my way through even the hardest dungeons.

This reminded me of The Sword of Etheria, which was another action game I worked on. It ran on a similar concept of having your party fight alongside you as a trinity. Seeing that sense of dependability again made me really happy.

You can even make these combos happen automatically, so players who aren’t great at technical controls can use it without issue.

The second point I wanted to touch on is that the story is so good it’ll keep you coming back for more.

This was the big role we wanted the companion game to fill, as it would connect to Eiyuden Chronicle: Hundred Heroes in a lot of ways. This aspect will make players want to keep moving the story forward and see the city develop. It will serve as a greater motivation for players and level grinding won’t be such a chore.

This is a part of what it means to be an RPG, and it’s these two things that should help both casual players and players who aren’t great at Action games enjoy Eiyuden Chronicle: Rising.

Ah, and for all of you fans out there, please take a special look at Garoo and how he’ll appear in Eiyuden Chronicle: Hundred Heroes. He’s still just as cool as ever.