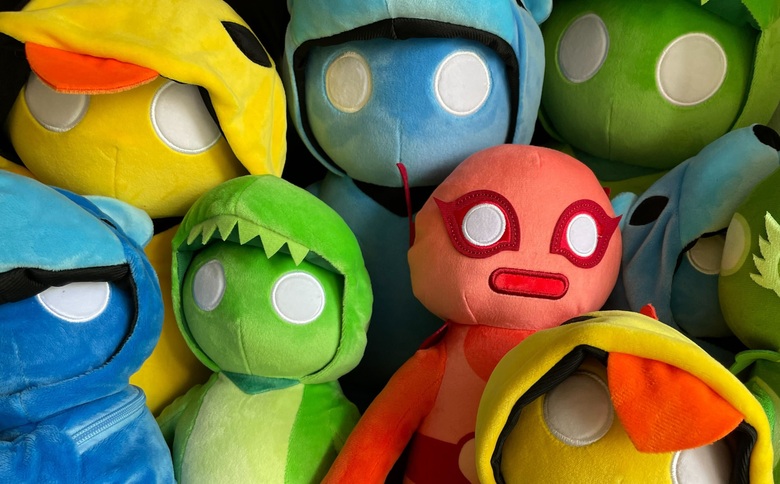 Independent game studio, Boneloaf, and innovative entertainment company, Toikido, have worked together to launch a range of toys and merchandise based on the moderately successful video game, Gang Beasts, available in multiple territories across the world in time for Christmas.

The first batches of Gang Beasts figures, plushies, and apparel are scheduled to be in stores in time for Christmas from December 2022. In the US, you can find them in stores such as Target and Amazon and in the UK, they’ll be available at ASDA, B&M, The Entertainer, Amazon and more.

The new Gang Beasts toy range will also be available in other territories such as Spain, Argentina, France, and across the Nordic region.

The silly multiplayer party game, with surly gelatinous characters, brutal slapstick fight sequences and absurd hazardous environments, has been brought to life by Toikido, who have been working collaboratively with Boneloaf for the last 12 months on the design and development of a new consumer product range.

For launch, the range of collectibles will include 4 action figures with accessories, 16 figurines including hidden rare characters and a range of stampers featuring all of Gang Beasts most popular characters. The plush includes 4 stretchable kigurumi clan toys, plush backpacks, 16 clip-on plush characters and 8 different plush buddies for fans to collect and play with.

Gang Beasts toys and merchandise can be found in major toy stores across the world, as well as online retailers such as Amazon.