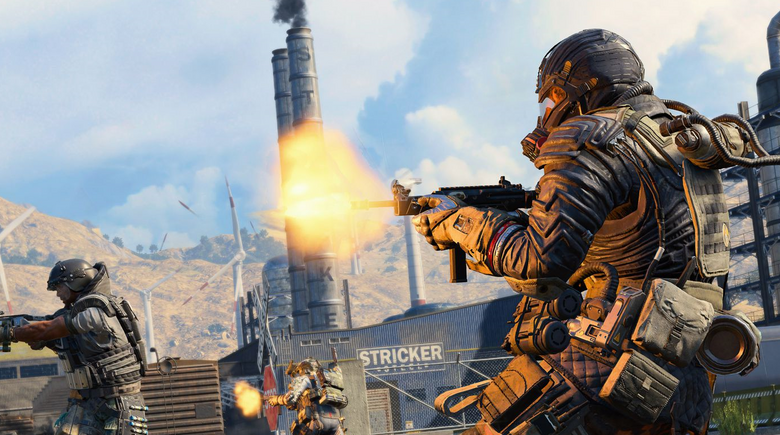 Here’s what we know as fact. Microsoft, which now owns Activision Blizzard, has said that they want to bring the Call of Duty franchise to Switch. That information was quickly followed by a rumor that Call of Duty: Modern Warfare Remastered would be the first Call of Duty game to head to Switch. Today, a technical hiccup on one of Activision’s pages has led to even more speculation.

Activision has a set of ‘Online Services’ websites that shows the status of their online-connected games across platforms. Somehow, a handful of people noticed that the Call of Duty: Black Ops 4 status page mentioned a Switch version of the game. Now as you know, Call of Duty: Black Ops 4 released years ago, and it never came over to Switch. It was this listing that caused some people to believe Black Ops 4 was Switch-bound.

Here’s the most important part of the whole story. It appears that Activision’s Online Services pages were going through some technical issues recently, as that same page for Black Ops 4 listed multiple platforms twice over. The most likely explanation for the Switch listing is that some of the site’s source code went a bit wonky when Activision was trying to fix things up. If you visit that same page now, you can see that all the appropriate platforms are listed, and Switch is nowhere to be found.

Does this mean Call of Duty: Black Ops 4 isn’t coming to the Switch? It doesn’t, but we wouldn’t take today’s snafu as any sort of verifiable indicator that the game is on the way. For now, we’ll stick to what we know to be 100% true, and that’s what we stated at the beginning of this feature. Microsoft wants to bring Call of Duty to Switch, and that’s all we know for sure.

Thanks to Sligeach_eire for the heads up!
[Resetera]