Straight to the punch 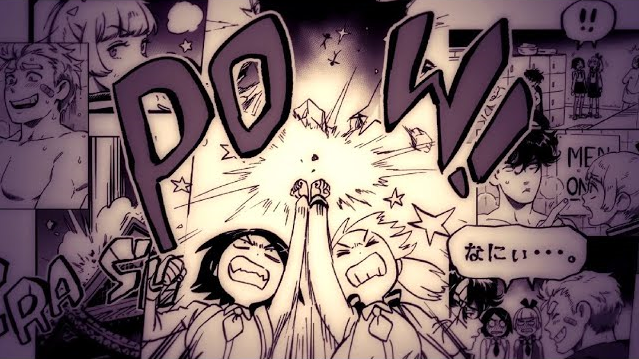 The original River City Girls was definitely anticipated by beat’em-up fans, but it turned out to be even better than expected. The beat’em-up genre has been making a bit of a comeback in recent years, and fantastic titles like River City Girls make it easy to see why. A fun story, killer soundtrack, varied stages, and absolutely wonderful combat mixed together into an unbeatable combo.

Believe it or not, River City Girls launched all the way back in September 2019. Now, over 3 years later, we’re about to get its incredible-looking sequel. River City Girls 2 comes to Switch on December 15th, 2022, making for the perfect end to an amazing year of content on Switch.

In advance of the game’s release, we had the opportunity speak with River City Girls 2 director Bannon Rudis to see what makes this follow-up tick. You can dive into the full interview below! 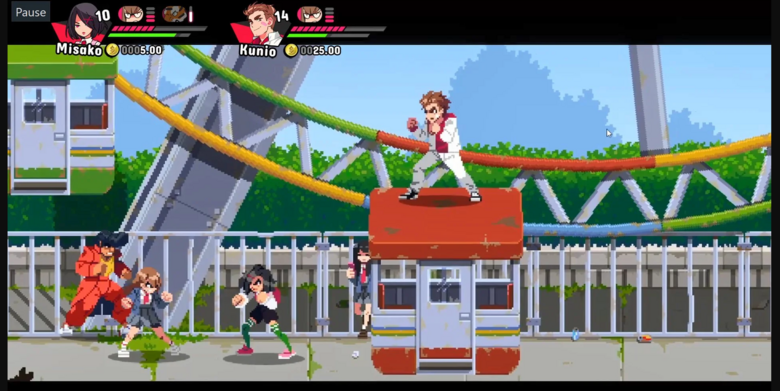 GN: What was it like seeing the reaction to the original River City Girls?

BR: Kinda like the reaction I get on every game I spend years working on. You get stuck in your little gamedev bunker underground, working what feels endlessly. Then you finally open the hatch and let the world see what you have been up to. It’s amazing every time it happens. River City Girls especially because people really enjoyed that one. I can tell whenever something is well received when the fan art starts flooding in.

GN: When did you decide to start work on a sequel?

BR: When we started the first game. There were things we wanted to hold back from the first game and save for the sequel. Full production was about two years ago though. That mainly consists of me going into my bunker and working on gameplay, moves, enemies, and what the layout of the world is going to be. This time I had Colleen Fannin join me in the bunker. So she and I made a big ol’ map with all the story beats together, trying to make sense of the multiple paths a player could take.

GN: What did you feel was left undone/unsaid with the original that a sequel could address?

BR: The first one was great. We wanted to expand on everything we did in the first game and take it to the next level. Anything that players didn’t like, we updated into a better version. Anything they did like, we amped up even more. I would lurk on many Twitch streams and take notes of how players were experiencing the game. Thankfully, it was overwhelmingly positive feedback. Mainly the thing I wanted to include in this sequel was the multiple paths and letting players choose the order of their adventure. 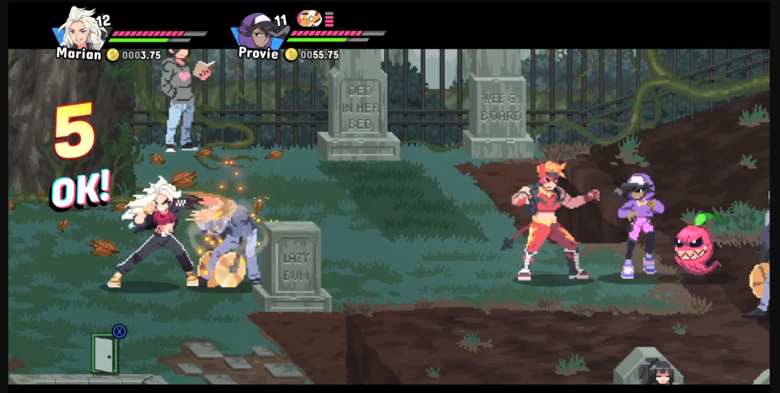 GN: How big were the teams between the two titles?

BR: This is always hard to give a correct answer to because, like the first one, they fluctuate all the time. Whenever we start, my teams are usually just me and maybe another person. That way we can sketch out the ideas and overall themes. Then we ramp up with a programmer to start building the bones of the game. Then other team members join up as the project starts ramping up. We do multiple projects at work at the same time, so team members are tagged in and tagged out. I would say, the biggest the team ever got at one time was about ten. This does not take into account all of the freelance people that help with art and animation. As you can see with my ramblings, it’s a hard question to quantify an answer for.

GN: Did development progress more smoothly on River City Girls 2 after having established the franchise with the first installment?

BR: Yes and no. We had the basic concepts down for what gameplay should be but none of that was set up for online. So the entire game had to be rebuilt from scratch and programmers had to replicate what we did on part one. There is no “Make Online” button in game development. That was quite the challenge.

GN: Were there any struggles or headaches that popped up during work on the sequel?

BR: As previously mentioned, online multiplayer. That was the biggest one by far. Mainly because the characters you play have a ton of info attached to them. Unlike a typical brawler, River City Girls players are bringing a ton of baggage with them over to a friend’s game. All their save data, moves, recruits, accessories, items, etc. So that’s a lot of information pinging back and forth. Along with all the enemies, over-the-top VFX, animated backgrounds, and nonsense that can happen all at once in these hugely elaborate levels. 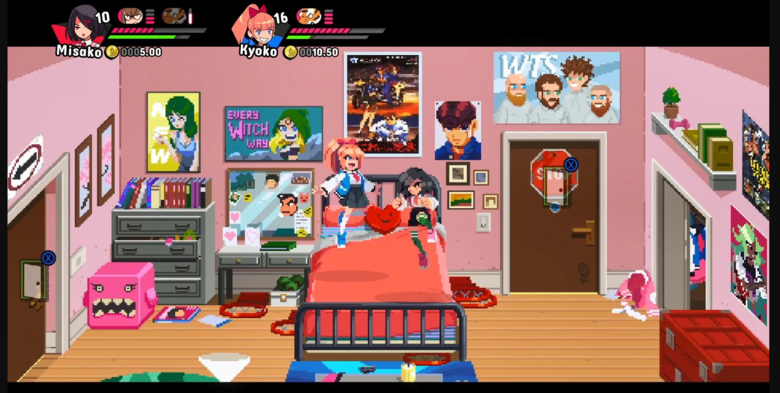 GN: How does River City Girls 2 improve on the original?

BR: In every way, really. Like I said previously, I took many notes while everyone was streaming the game. I would say the biggest improvement probably comes with the combos letting players be more creative this time around. I notice when I play it myself, I am making up new combos on the fly constantly.

GN: How many different moves are available in River City Girls 2?

BR: All the original characters got new moves and their old moves got improved upon. On top of that, we added in Lift Off combos. This is done by pressing jump in the middle of a quick attack combo. This will act as an attack that launches you and the enemy you were beating up forward and into the air. This is great for doing air combos while getting the jump on enemies that were out of reach. We also added in Guard Break. This will get you through those pesky enemies that like blocking. My personal favorite, because it always gets a good reaction, is the Full Nelson Gut Punches. When another player grabs an enemy from behind, you can run up and simply smash away at quick attack to unleash rapid-fire gut punches to that defenseless enemy.

GN: What part of the sequel are you most proud of?

BR: The city itself. I think players are really going to like exploring this big massive world and find all the secrets sprinkled throughout. I did not want this to feel like a typical beat-‘em-up. This should feel like a bunch of fighting game characters were dropped into a metroidvania-like open-world RPG. We no longer live in a world where beat-‘em-ups are simply looking to move you left to right and gobble up your quarters. The genre can leave that mechanic behind. I want to see what we can do with the brawler genre and keep pushing it to new heights.

GN: Do you think we could see yet another trip to River City sometime down the line?

BR: That would make me officially work on River City games for over a decade. That is weird to think about. I would love to keep going with it and already have ideas floating around in my head. But nothing officially planned yet, of course. 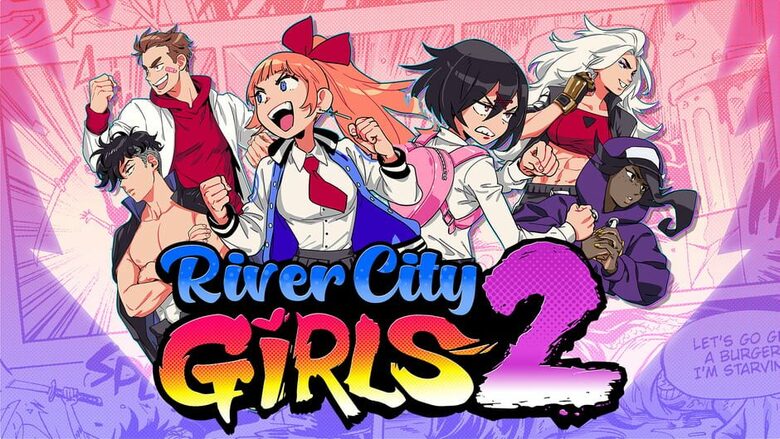 A huge thanks to director Bannon Rudis and the entire WayForward team for taking time out of their busy schedule to collaborate on this interview.

River City Girls 2 comes to Switch on December 15th, 2022, and you’ll be able to purchase the game on the Switch eShop for $40. You can also stream the game’s soundtrack through Bandcamp.