Overwatch out for Santa! 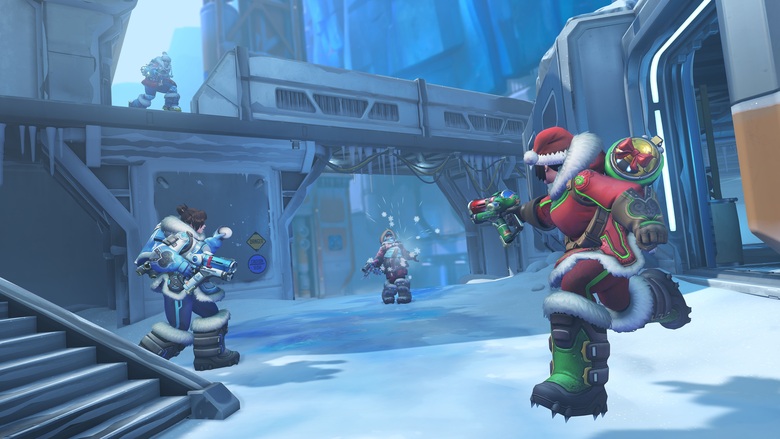 Blizzard has some ice-cold arcade modes lined up for this year’s Winter Wonderland! First up is Mei’s Snowball Offensive, where Mei no longer fires a stream of frost or icicles but instead fires snowballs to instantly knock out her opponents in a 6v6 Elimination or an 8-player FFA Deathmatch ruleset.

Next is Mei’s Yeti Hunt, a unique 5v1 raid-boss brawl. A Yeti is stealing food from the local village, and it’s up to the team of five Mei players to set traps and freeze the rampaging Yeti—but be careful! If he steals too much meat, he will go into an outrage and can easily wipe out the enemy team. Carefully spread out, set your traps, and catch the Yeti!

Finally, Freezethaw Elimination is Overwatch 2’s version of freeze tag, where the goal is to freeze all the opponents by eliminating them while getting your own teammates back in the game by thawing them. No game is ever truly complete unless you make sure to chill each of your opponents to the bone in this fast-paced elimination game mode.

Keep the fun going with your favorite Overwatch 2 streamers on Twitch! Starting December 25 through January 4, tune into drops-enabled channels under the Overwatch 2 category and earn merry and bright D.Va cosmetics. Watch for 2 hours to earn the Festive D.Va Victory Pose and watch an additional 4 hours to earn the Sleighing D.Va Legendary Skin!

As Blizzard kicks off the fun, the team would like to share a little something with fans. Log into Overwatch 2 from December 20 to January 4 to receive a wreath weapon charm and the 2023 Celebration Hat player icon.