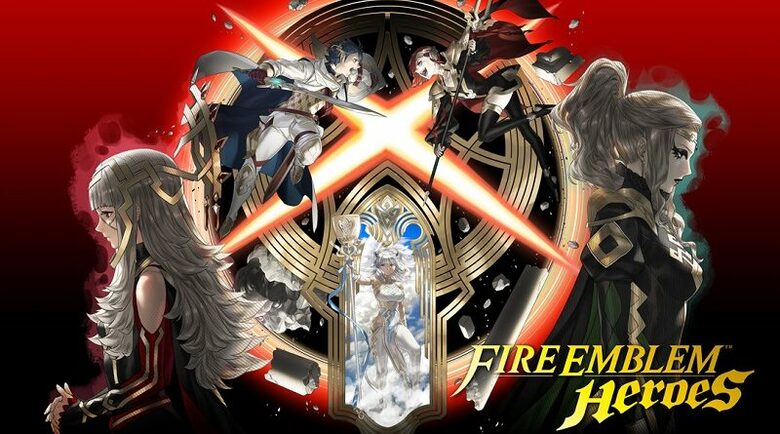 It’s that time once again, Fire Emblem fans. Fire Emblem Heroes has received a new update, this time bumping the game up to Version 6.3.0. You can read the full notes for this update below.

■ Summoner Duels has been updated

○ A replay search feature is being added.

A feature that allows you to search for replays has been added to Favor Battles and Free Duels in Summoner Duels, as well as Summoner Duels R and Summoner Duels S. You will be able to replay matches you’ve participated in, view replays of matches that other players have shared, and more!

A Copy Battle ID button has been added to each Record as well as a search window for Battle IDs at the top of the Records screen.

Input the Battle ID they have made public in the search window and the replay will play.

Tap the Copy Battle ID button of the match you want to share and the Battle ID will be copied, allowing you to paste it elsewhere.

○ You will no longer be matched with the same opponent within a certain period of time.

We have improved it so you will not be matched against the same opponent for a set period of time after facing them in Favor Battles, Summoner Duels R, and Summoner Duels S.

Note: Free Duels are an exception to this.

○ A Resume button has been added that will allow you to resume a match when an error occurs after matching is completed.

After an error occurs, a Resume button will appear only when it is possible to resume the match. If you tap the Resume button, you will be able to rejoin the match from the point it was interrupted without returning to the title screen.

Note: If it is an error that causes you not to be able to resume the match, or if the outcome of the match is already decided, the Resume button will not display.

○ After reaching a certain amount of Glory in Summoner Duels S, you will be at 1st Place.

If you reach the highest Glory at the end of the event, you will be guaranteed to be in 1st Place regardless of how many wins or losses you have. This rule has been in effect for Summoner Duels R since it was held in Ver. 6.2.0.

・Rallying Cry At start of turns 2-5, grants Atk/Spd/Def/Res+6 to captain and allies within 2 spaces of captain for 1 turn.

○ You will be able to increase your Favor Level to level 1,700.

○ A link to Learn with Sharena! has been added to the Help button.

■ Divine Codes (Part 3) have been added

Also, along with the addition of Divine Codes (Part 3), a new Normal 3 category has been added to the Compile menu.

■ New skills have been added for a Legendary Hero

・ Assist Skill Gray Waves II Range: 1 Grants another action to target ally, and if target is an infantry or flying ally, grants 【Null Panic】to target and target can move 1 extra space. (That turn only. Does not stack. Cannot target an ally with Sing or Dance. This skill treated as Sing or Dance.)

【Null Panic】 If unit is inflicted with Panic (bonuses converted into penalties), neutralizes the “converts bonuses on target into penalties” effect for 1 turn. (Even though the effect is neutralized, the Panic status remains, and is treated as a Penalty status.)

Azura: Vallite Songstress has received a new weapon skill to refine at the same time, so be sure to check the section of this notification labeled “New weapon skills and weapons to refine have been added” in conjunction with this section.

■ New Memento Events have been added to Heroes Journey

■ The lineup of Limited-Time Combat Manuals has been updated

With the release of Ver. 6.3.0, players will be able to obtain Divine Codes (Ephemera 3) from events and exchange them from an updated lineup of Limited-Time Combat Manuals using the Compile Combat Manual feature.

Divine Codes (Ephemera 3) will be able to be exchanged for the following Combat Manuals:

■ New weapon skills and weapons to refine have been added

The following Heroes will be able to learn these new character-specific weapon skills at 5★:

Quick Mulagir Hero who can learn this skill: Sue: Doe of the Plains

・ The weapons above can be upgraded in the Weapon Refinery after they have been obtained. ・ To learn weapon skills, tap Allies, then Ally Growth, and then Learn Skills.

Regarding the Effects for Weapon Skills Added in Ver. 6.3.0

Please note that the effect that grants conditional bonus damage to the unit’s first attack does not apply to specials that trigger before combat, such as Blazing Wind.

Also, the bonus damage granted by these effects is not reflected in the damage dealt displayed in the Combat Forecast.

The skills that function this way in Ver. 6.3.0 are as follows: ・ The refined version of Quick Mulagir ・ Carrot-Tip Spear+ ・ Carrot-Tip Bow+

Breath of Blight Hero who can learn this skill: Garon: King of Nohr

■ Aether Raids has been updated

○ Some structures have had their level cap increased.

○ Aether Resort has been updated.

■ Mjölnir’s Strike has been updated

○ A mechanism has had its level cap increased.

・ Vital Summoner: up to level 5

○ We changed the combat animations for Ishtar: Thunder Goddess. Her attack animation is now the same for both her normal and Resplendent attire.

○ It is now easier to increase Summoner Support and Ally Support levels.

○ We have fixed an issue with how a portion of the Ascend Traits menu displays. When Ascending a stat will cause another stat to increase alongside it, the increase will now be displayed.