Let's give'em something to squawk about 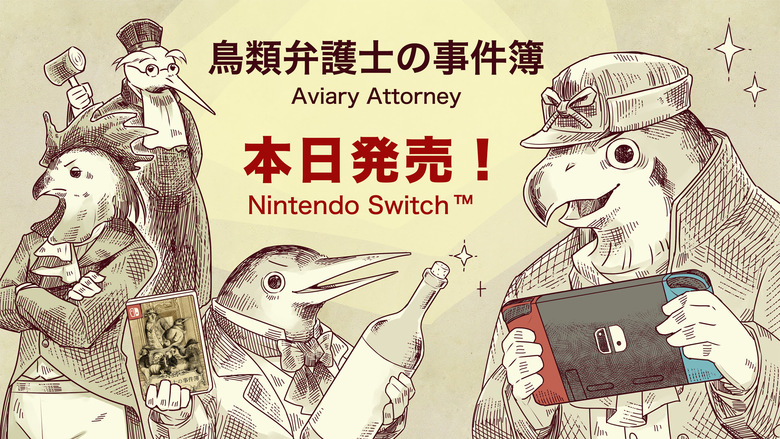 Aviary Attorney: Definitive Edition will be localized in Japanese, Simplified Chinese, and Traditional Chinese for the first time this year. This physical release also includes an English translation, making it perfect for those in the West who’d like to import.

The game takes place in 19th century France, where players play the role of Monsieur Jayjay Falcon, a bird lawyer who, together with his witty apprentice, Sparrowson, will take on clients, interview witnesses, collect evidence, and deliver justice to the guilty. Enjoy a memorable and intense lawyering adventure in this peculiar world with art by 19th-century caricaturist J. J. Grandville and music by legendary romantic-era composer Camille Saint-Saëns.