Debut of the Mack 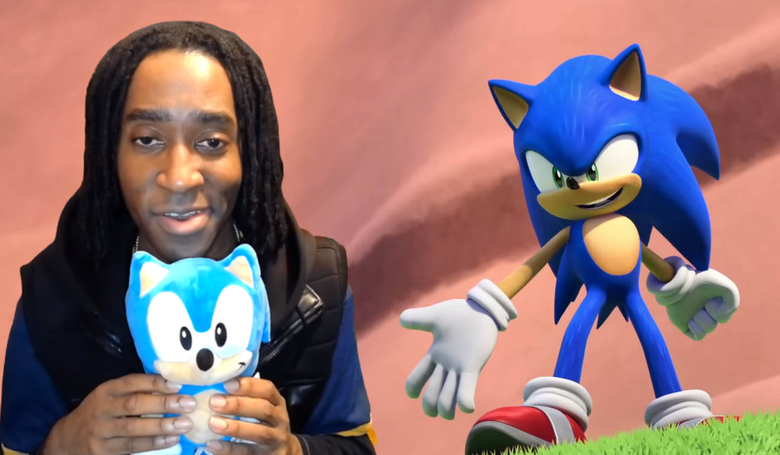 The next big thing in the world of Sonic is here. Hot on the heels of Sonic Frontiers comes Sonic Prime, a new animated series available on Netflix. In this show, Sonic takes on a high-octane adventure where the fate of a strange new multiverse rests in his gloved hands.

While a world-saving adventure is nothing new for Sonic, this is very much a first-time affair for Deven Mack. Throughout the years, Sonic has been brought to life by numerous talented actors across various mediums. In the case of Sonic Prime, Mack gets to take on the iconic character.

What’s it like taking on such a massive role? How does Mack pay tribute to the actors before him while putting his own spin on Sonic? We asked all that and more in our interview! 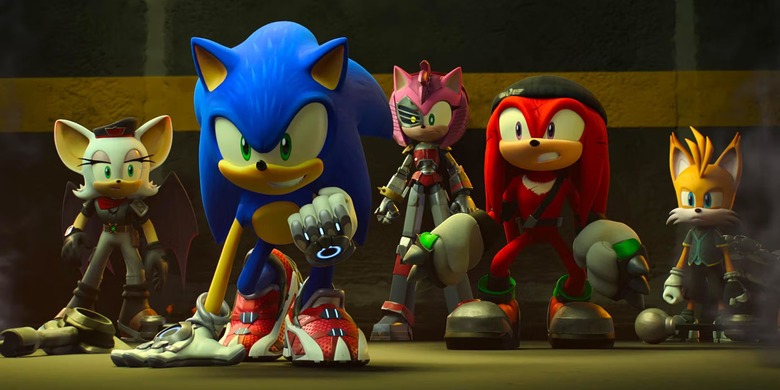 The gang's all here

GN: How familiar were you with the Sonic the Hedgehog franchise before lending your talents to Sonic Prime?

DM: As a kid, I became very familiar with the characters through the Adventures of Sonic the Hedgehog animated series and I also owned some of the comics. Sonic evoked such a unique swagger and confidence, which my shy young self aspired to reach one day. Funny how life works sometimes! The first games I actually got to spend a lot of time with were Sonic Advance and Sonic Adventure 2: Battle. While I have fond memories of both, I was immediately captivated by SA2’s incredible story, jammin’ soundtrack and lightning-quick action. I’d never played anything quite like it before!

GN: How did landing the role of Sonic come about?

DM: The process itself was none too different from any other—though it was still quite a shock to receive the audition email from my agent! I submitted recordings for all the male characters other than Tails, and after an additional round of callbacks, the powers that be felt I was the right person for the role of Sonic. I’m very grateful to have been given that trust.

GN: Are you familiar with the other past/present actors who have voiced Sonic, and did they help steer your take on the character?

DM: I’m very familiar with the work of all the other English voice performers for Sonic. Each is amazingly talented and brought something uniquely special to the table. Having watched the shows and movies and played the games throughout different eras, I’ll say it’s undeniable that everyone I’ve heard has influenced me to some extent. It’s a surreal honor to now find myself alongside them. 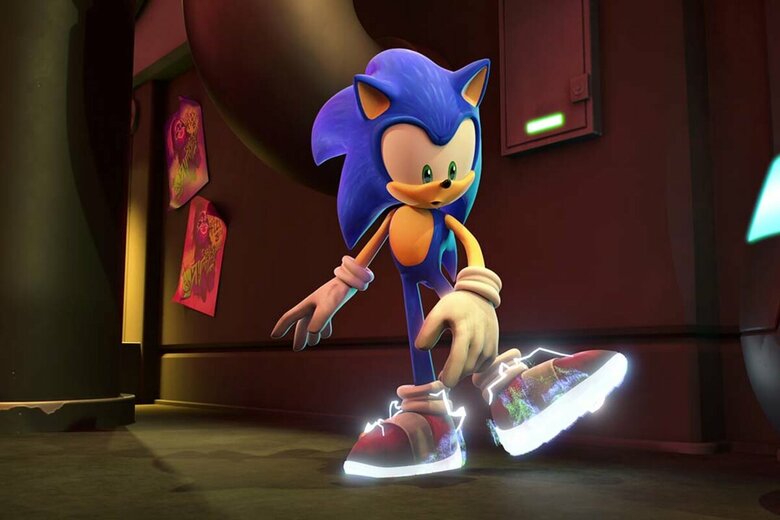 I thought light-up shoes died in the 90s!

GN: How are you putting your own spin on Sonic?

DM: My acting style is very planned and strategic, which Sonic Prime’s story really allowed me to embrace. With major themes of self-discovery and introspection in the series, I was given room to focus on the kind of small and subtle emotional nuances that interest me, as we find Sonic challenged in whole new ways.

GN: How does it feel to be a part of not just a decades-old franchise, but one that seems to be hitting new heights in recent years?

DM: The pressure can be very intimidating, but I also couldn’t be more grateful for how things have gone since the first teaser reveal. There’s so much excitement within the Sonic fan community and so many amazing works have been produced. Sonic fans been eating good in 2022 and the future looks very bright.

GN: What was the most difficult part of voicing Sonic?

DM: The performance itself was not difficult for me, but it’s a lot of pressure knowing just how much this character means to so many worldwide, and not wanting to let them down. I’m ultimately very happy with and grateful for the opportunity I was given to be creative with the material.

GN: Compared to past Sonic TV/movie content, what do you think Sonic Prime offers that we haven’t seen explored yet?

DM: With Sonic Prime, we’re getting to see numerous alternate takes on familiar characters, while simultaneously keeping their established personalities intact. This allows for a lot of unique scenarios and interactions that simply can’t be found anywhere else in Sonic’s current era, as he explores strange new worlds. It looks like a picnic, but who brought the chili dogs?

GN: For those unfamiliar, can you run us through the process of recording dialog for Sonic?

DM: Had the show been recorded pre-2020, it very likely would have had an ensemble cast all recording together in studio. I’m set up to record online from my home closet-studio, while receiving notes from our amazing voice director, James Corrigall, and other production staff members. James is tasked with making it seem like we all recorded together, and he does a remarkable job of keeping us on the same page. On rare occasion, things did work out where I got to record in tandem with Ian Hanlin, who voices Shadow and Big the Cat in this series. Ian is a phenomenal talent, and it was a joy to get to work “alongside” him through the wonders of the internet. We both immediately understood what Sonic and Shadow’s dynamic needed to be, and I think fans will really like what they hear.

GN: What are you particularly proud of with Sonic Prime?

DM: I’m consistently blown away by the animation itself from the amazing folks at WildBrain, but I was also fascinated by the show’s creative new takes on characters we’ve known and loved. I most particularly enjoyed getting to explore the change in Sonic’s dynamic with New Yoke City’s emotionally hardened and independent version of Tails, whom he never befriended and mentored. Introspective character studies and stories that explore what it means to be a friend and mentor have a strong appeal to me.

GN: Before we go, we have to ask…have you had a chance to play Sonic Frontiers?!

DM: Not juuust yet! I’m still working my way through Sonic Mania and building the Green Hill Lego set and intend to finish those first. I definitely plan to play Sonic Frontiers in the new year, and in the meantime, I’m really glad to see it getting such a positive reception from fans. I’m very eager to dive in for myself. 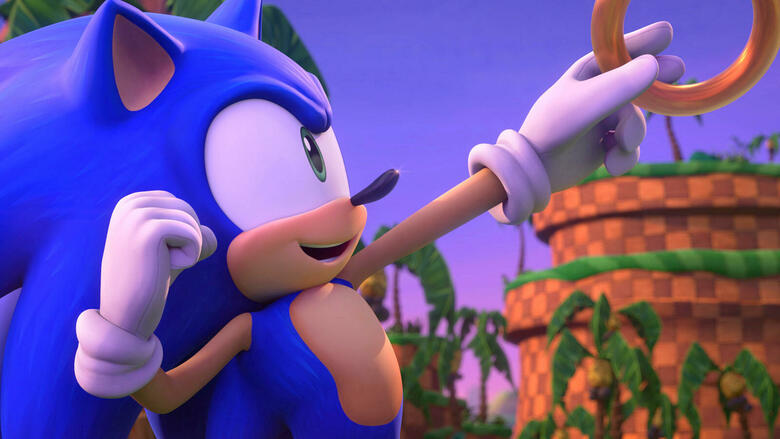 A huge thanks to Deven Mack for taking time out of his busy schedule to chat with us about all things Sonic Prime.

Once again, you can stream Sonic Prime on Netflix starting today. If you want to keep up with everything else Deven Mack is tackling, you can follow along with him on Twitter.