So many ways to celebrate! 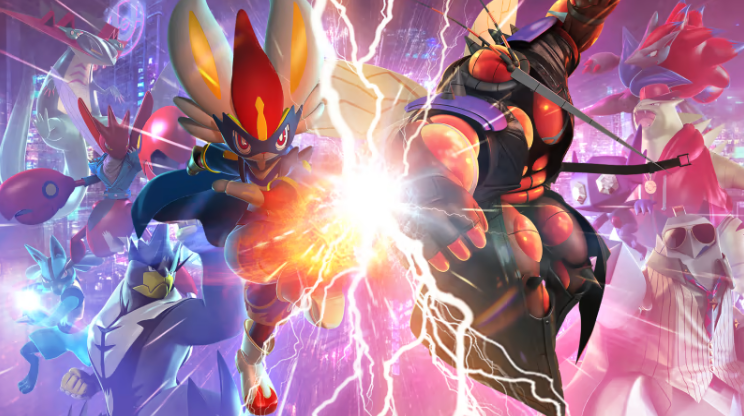 Today, The Pokémon Company International announced exciting updates coming soon to Pokémon UNITE, Pokémon’s strategic team battle game that has now been downloaded over 100 million times globally. Trainers can look forward to exhilarating new in-game events and the arrival of the popular Pokémon Dragapult, plus Battle Pass Season 13 and more in a series of updates to celebrate the new year.

On 29 December 2022 at 7:00 a.m. GMT, the Stealth Pokémon, Dragapult, joins the roster of playable Pokémon in Pokémon UNITE. Dragapult is an Attacker that specializes in tricky manoeuvres like dashing across the battlefield at high speeds while attacking or hiding itself and ambushing opponents. Its Unite Move, Dreep and Destroy, attacks by launching Dreepy.

Available 26 December 2022 at 12:00 a.m. GMT through 2 March 2023 at 11:59 p.m. GMT, Battle Pass Season 13 rewards Trainers with a marvellous trove of hero-themed rewards. Highlights include Dark Hero Style: Buzzwole and Dark Hero Set Trainer fashion items, with new Holowear for other Pokémon also available separately through the in-game store. Trainers can also look forward to new hero-themed events throughout Battle Pass Season 13, so be sure to check the in-game news regularly to stay up-to-date.

Throughout the holiday season, Trainers can claim special in-game gifts and prizes, including the following:

Alongside all the exciting events coming soon to Pokémon UNITE, Trainers can jump straight into the action right now and enjoy a whole host of recent updates to the game.

The Wushu Pokémon Urshifu has entered the arena. Urshifu is an All-Rounder and can be played in two different ways. If you learn the move Wicked Blow as Kubfu, Kubfu will evolve into Single Strike Style Urshifu, which can deliver devastating single blows. But if you learn the move Surging Strikes instead, Kubfu will evolve into Rapid Strike Style Urshifu, which specializes in drawn-out barrages.

Two new held items have been added to the game:

Rapid-Fire Scarf – Increases your Pokémon’s basic attack speed for a short time after three basic attacks. This effect goes on cooldown after every time it’s triggered.