Music to our ears! 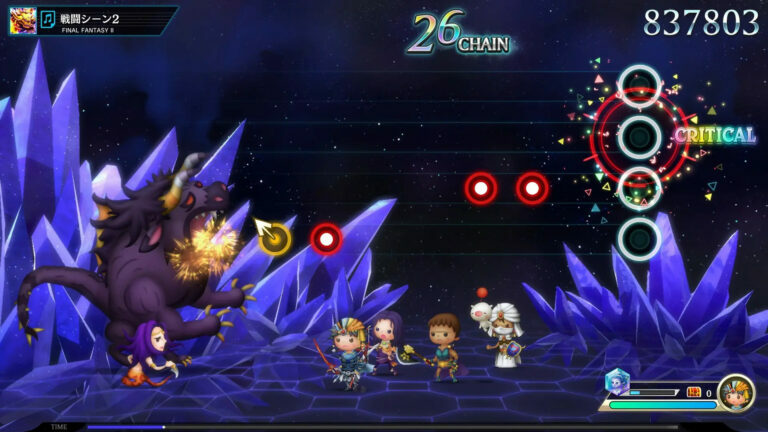 Square Enix has shared yet another massive wave of details on Theatrhythm: Final Bar Line. This time around, we get some more soundtrack information, plus details on the Museum, Live Info, and more. You can find the complete breakdown below.

With 385 songs, this installment has the highest volume of tracks in the history of the series! The total jumps to 502 songs when including the DX version and add-ons!

104 characters appear from throughout the Final Fantasy series!

In this mode you can listen to music, view your collection, and check your records.

Check out the CollectaCards and Collector’s Bonuses you’ve earned.

Listen to all the music tracks you’ve obtained. You can create up to three playlists, and in the Nintendo Switch version you can listen with the screen turned off.

View gameplay records for each mode.

Choose whether to show or hide live info from the settings. Live info shows the high score for the current song, party information, and real time controller input.

This feature is recommended for streamers and players who want to see more information while they play!

—The high score, button input, and timing judgment displays can be individually switched on or off.

Features 104 characters from across the Final Fantasy series!

Characters can be obtained by unlocking their associated title in Series Quests. You can also obtain enemy characters by clearing the final stage for each title!