The best bramble-related title since DKC2 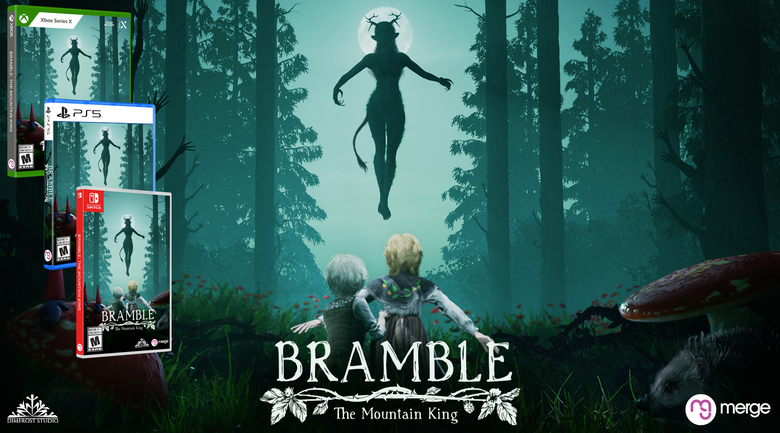 Today, publisher Merge Games and developer Dimfrost Studios are excited to reveal upcoming horror inspired grim adventure ‘Bramble: The Mountain King’ will be heading to retail for Switch! The announcement comes following the sensational response to the recently released ‘Näcken Pond’ demo, garnering over 50,000 combined downloads for both Steam and PlayStation 5.

‘Bramble: The Mountain King’ draws on the powerful creatures and rich fables of Nordic myth to spin a unique tale of one boy’s courage in the face of sinister creatures and maddening darkness.

The game has received overwhelming support from players, pushing it to the top trending title worldwide on YouTube over Halloween weekend, and seeing more players immersing themselves in the dark and sodden world of Bramble through the demo each day.

Take on the role of Olle, a young but brave boy, called by fate to adventure through the unsettling yet stunning environments of Bramble to rescue his sister from the clutches of beasts.

Dwarfed by the sprawling world around him, navigate a sinister world of monstrous beasts and the contagious dark of the woods. Decipher friend from foe on a hair-raising journey of suspense and survival… you can save your sister, but can you save yourself?