The fanciest soundtrack release yet 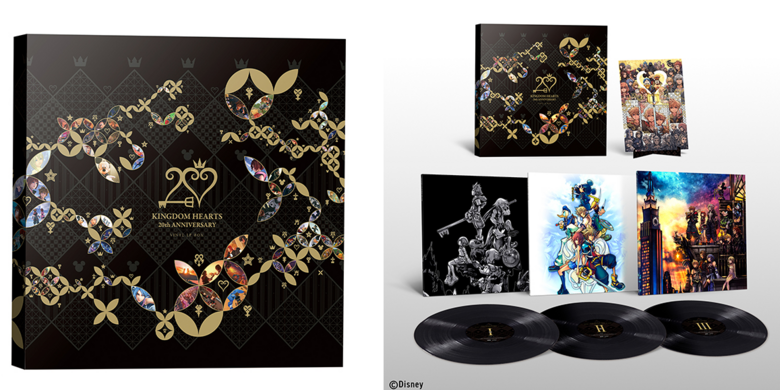 There’s already a litany of ways to enjoy the music of Kingdom Hearts, but Square Enix has one more option on the way, and it’s quite a special one.

Square Enix is releasing a Kingdom Hearts 20th Anniversary Soundtrack vinyl boxset, and it’s set to release in Japan on March 22nd, 2023. As you can see from the image above, this is quite the hefty release, and it comes with an equally hefty $125 pricetag.

The Kingdom Hearts 20th Anniversary Soundtrack vinyl boxset includes three records that offer 36 tracks in total. These tracks spans the mainline Kingdom Hearts games, and you can expect to hear Dearly Beloved,” “Dive into the Heart -Destati-,” “Traverse Town,” and “CHIKAI -KINGDOM Orchestra Instrumental Version-” and more. This boxset will also include “Reality in the Dark,” the song that was used in the debut trailer for Kingdom Hearts 4.

This boxset also includes a special illustration card featuring Sora’s evolution from the original Kingdom Hearts to to Kingdom Hearts 4. Of course, some of the other iconic characters from the Kingdom Hearts series are also featured in the artwork.