Engage with this sweepstakes today! 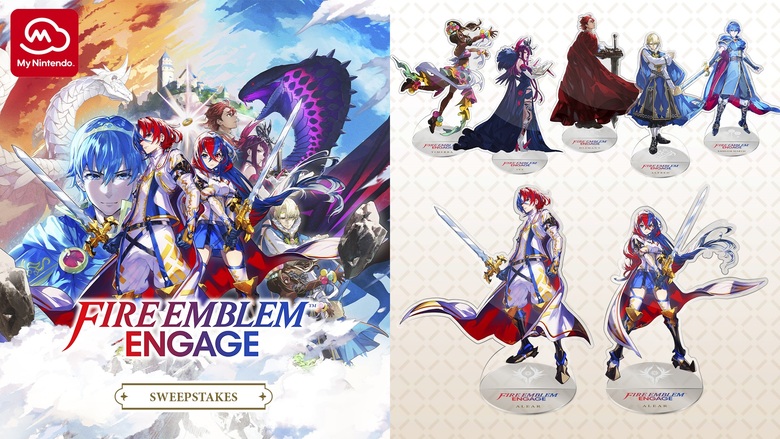 Fire Emblem fans, Nintendo has some very special offers for you. Both are available through My Nintendo, and the fun kicks off with the Fire Emblem Engage Sweepstakes.

Successor to the Divine Dragon, awoken from a long sleep. Summons Emblems to lead the world to peace.

Known as the Emblem of Beginnings. A hero among heroes, brimming with nobility and charisma. Reads enemy’s intentions in battle and responds with a flurry of strikes.

The staunch and loyal crown prince of Firene. He trains constantly to strengthen his constitution.

The majestic crown prince of Brodia. His people trust him greatly for his strong, genuine demeanor.

The bubbly and outgoing crown princess of Solm. Known for being accessible and approachable by all.

Along with that, Nintendo is offering a January Digital Calendar for Fire Emblem Engage. This calendar is available in both mobile and desktop versions, and you can snag your set for just 50 Platinum Points through this link.