Celebrate the arrival of 2023 with new adventures in Pokémon GO

GO into a new year with style! 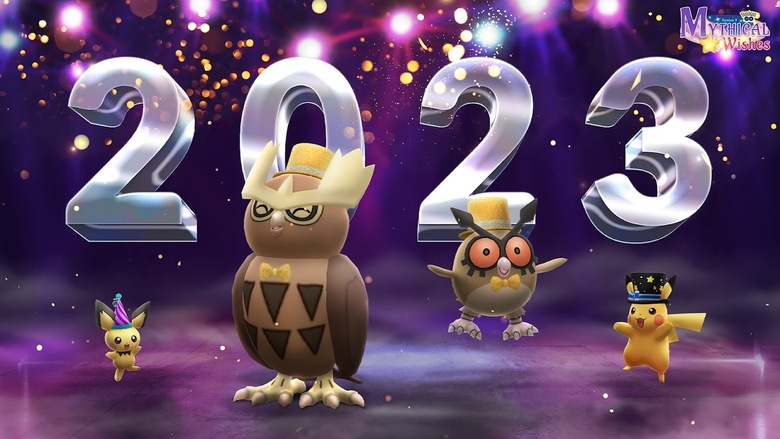 As we come to the close of another eventful year of exploration, Niantic wants to start the next one off right—with a New Year’s celebration event in Pokémon GO! This year, the New Year’s party features Pokémon decked in their sparkly best, a new avatar item and pose, and more! Let’s GO…right into 2023!

You can get full details on the Pokemon GO New Year’s 2023 event below.

New costumed Pokémon will appear during this event!

During this event, festive fireworks will light up the skies. We hope you enjoy the colorful decor!

The following avatar item and pose will be available to purchase in the in-game shop during this event and will continue to be available after the event ends!

Wild encounters: The following Pokémon will appear more frequently in the wild.

Eggs: The following Pokémon will hatch from 7 km Eggs.

Raids: The following Pokémon will be appearing in raids.

*These bonuses will not stack.