The perfect time for a swim 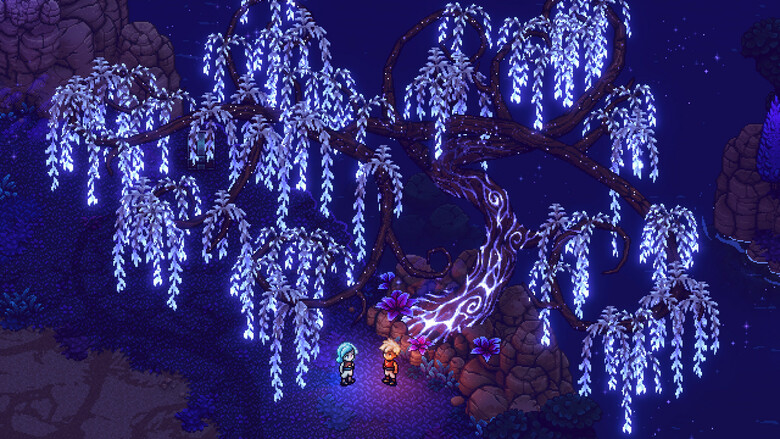 We’ve known for awhile now that Sea of Stars wouldn’t make it out in 2022 as originally planned. The question is, just when in 2023 can we expect it? Today, developer Sabotage Studio has confirmed that the game is set to launch sometime in Summer 2023. It might not be a specific date, but it’s one step closer than we were yesterday!

Promising the Sabotage touch in every system, Sea of Stars aims to modernize the classic RPG in terms of turn-based combat, storytelling, exploration and interactions with the environment, while still offering a hearty slice of nostalgia and good old, simple fun.

Pressing the action button in sync with the animations increases damage output while reducing incoming damage. Along with timed hits, combat features multi-character combo attacks, boosting, and a strategic “locks” system offering options to play with different damage types in order to hinder enemies while they are channeling powerful attacks or spells, all in an immersive take on the genre; no random encounters, no transitions to separate battlefields, and no grinding.

Swim, climb, vault, jump off or hoist up ledges as you traverse seamlessly through the world with a navigation system based on platformer expertise that breaks free from the classic bound-to-the-grid tileset movement.