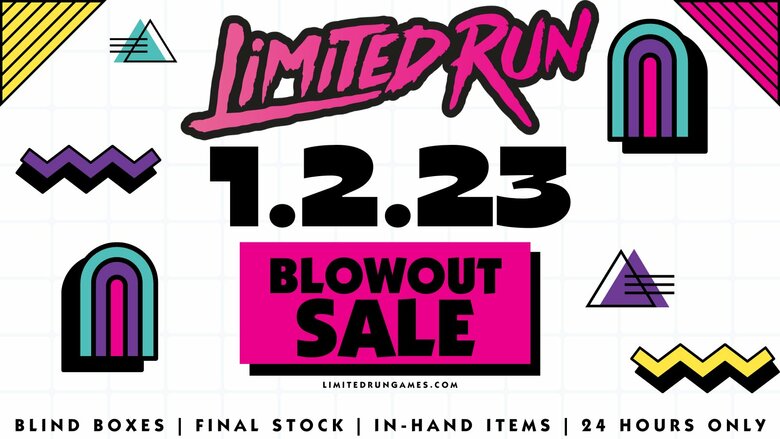 On January 2nd, 2023, at 12pm ET, for 24 hours only. You’ll have a second chance at some of the hottest leftovers from previous Limited Run games releases. But you’ll want to be on time as these leftovers are extremely limited in quantity and will go fast; some games will have less than 100 with only tens of copies available.

At exactly 9 am ET be sure to log in at LimitedRunGames.com as that is when the countdown will begin, once the countdown hits zero, grab your games and get in the virtual line.

That Blowout Sale staple, the BLIND BOX also makes its return in five wonderful flavors: Switch, PS4, PS5, Soundtrack, and PS4 SteelBook. These include leftovers of some of the rarest and most exclusive Limited Run releases, so crack one open and see what’s inside.

This year, the Blowout lineup also features some of Limited Run’s best collector’s editions, including leftover stock of:

With a variety of Standard and Collector’s Editions to choose from, there’s sure to be something on your wishlist for you to snag. You can see the full list of titles on sale here.

Plus, you’ll be able to take 15% off of all branded Limited Run merch during the event!

Click here for more information on this BLOWOUT sale
[NintendoSoup]