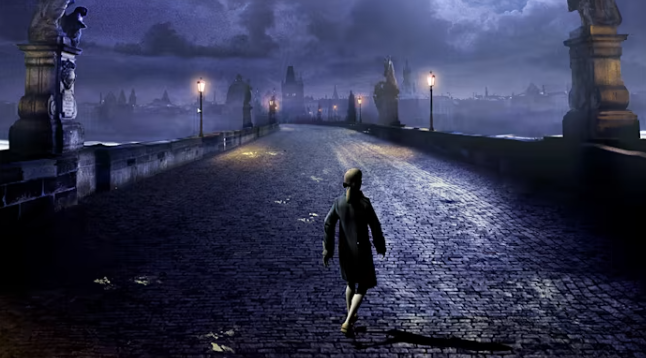 Back in September, GS2 Games brought the Baroque murder mystery “Mozart Requiem” to the Switch. Wolfgang Amadeus Mozart: famous Baroque composer, integral figure in the history of music – and murderer? That’s the question on everyone’s mind after the renowned musician becomes entangled in a deadly plot in Mozart Requiem.

Following the game’s release, the dev team has answered a number of questions about the experience. Hear from Jean Martial LeFranc, Creator, Nicolas Bonvalet, Art Director and Manny Granillo, Executive Producer as they speak on what it took to create Mozart Requiem in the internal interview below.

How did you come up with the idea of combining a fictional murder mystery with a real life historical figure and setting?

JM:-Building a murder mystery around a historical character is a pretty classic mechanism. “Da Vinci Code” by Dan Brown seems to be the most successful example. In a way, “Amadeus”, the Milos Forman movie which won 8 Oscars, is also a murder mystery: “Who killed Mozart ?” So the inspiration for “Mozart’s Requiem” were multiple.

And why Mozart? (What makes you think he’s an interesting and appealing character for modern audiences?)

JM:-From Sherlock Holmes to Hercule Poirot, most detectives are obsessive geniuses. Mozart certainly was one. On top of this, his music is revered throughout the world and is as popular as it ever was, actually much more than it ever was even during his lifetime. Historical drama also tends to appeal to a wide female audience-think Outlander-and we wanted to build a game that can reach that specific public.

You used real life historical figures and locations and placed them in fictional events. Are there any settings and occurrences that are inspired by real life events?

JM:-The events are indeed inspired by real life events which took place in Prague at the time. Nationalists were trying to shake up the emperor’s rule and some may have had some dark plans to achieve this goal. Freemasonry also play an important role in the story of the game and Mozart was indeed a Freemason. The game also shows how Mozart, pretty much like modern acts, has to travel throughout Europe to make a living as a musician.

It appears that the game was initially released in 2008-2009 on PC, is this true and if so what was the driving force to bring it out again?

MG:-Back at that time, the game was released to a very limited market in France only on the PC. With very little marketing and almost no online presence at launch, it did not get good distribution at the time. With so much effort put into recreating Mozart’s world with actual locations, a deep storyline showing his genius and his music, I wanted for the rest of the world to discover it outside of France and on consoles.

Was it an easy task to re-invent the experience?

MG:-As we wanted to target a global audience and bring the experience to Console, we had to re-engineer the game with a new engine and design the game to work with the next-gen platforms of Playstation, XBOX ONE and Nintendo Switch. As Mozart is a global phenomenon, we expanded the languages covered to six instead of the original 2. With over 100,000 words of dialog and interactions, it was a monumental task. Fans of traditional story adventure games along the lines of Myst & King’s Quest will really enjoy the game. As an INDIE Developer, we encountered many obstacles to getting the game completed on Consoles and PC from engineering quagmires to re-design issues. But we stayed the course and managed to get it out to a global audience.

How did you recreate the backgrounds of Prague? Where they real locations?

NB:- Yes; we had the Art lead and lead game designer go to Prague to make a photo session, to capture the primary real areas. After that we mixed the images with historical references

It looks like there were Film Matte techniques used? can you talk about that?

Of course with Mozart as the protagonist you have plenty of music for a soundtrack. How did you use the music in a way that it complements the on screen action? (what pieces did you use? Did you compose additional ‘game music’?)

JM:-The music in the game is all of Mozart’s. Actually, music is pretty much math and as such we used it to create puzzles in the game. Also, the music of Mozart can be at the same time quite easy to fall for and quite intricate and we wanted to explore that mystery.

What were some of the challenges creating the Art for Mozart?

How hard was the art to do for the puzzles? What inspiration was used for them?

NB:-We used a lot of historical references, based on music or existing puzzle objects or mechanisms, there wasn’t any real difficulties in putting them together except for the big challenge was working on harmonization.

MG:-As Jean Martial mentions, the music is a key part of the MOZART REQUIEM experience and justifiably so. Mozart’s music is sort of an additional character that joins the player in his journey to discover the twisted tale within the halls of the Masons. We remastered the music along with the thousands of sounds to reproduce an amazing audio experience.

Mozart may not be a figure of attention for most of modern day gamers. What do you expect from the title? (In what age group and territory do you expect the game to perform well?)

JM:-The definition of a modern day gamer is pretty wide now. In fact, everybody plays. So our target audience will encompass several groups: the history buffs, the lovers of music, people who like to learn as they play, fans of narrative games, fans of murder mysteries…We expect the community for “Mozart’s Requiem” to be large enough to make it a success.

MG:-As fans of classical music and that of Mozart, we really wanted to share Mozart’s musical genius with a new generation of gamers and users everywhere. Many have heard his music, but do not know it was Mozart’s work. We felt that we needed to try share who the genius was behind this amazing music. MOZART REQUIEM is a great way to introduce kids, teenagers and adults to Mozart.