Smilemo demo now available in the US Nintendo Switch eShop 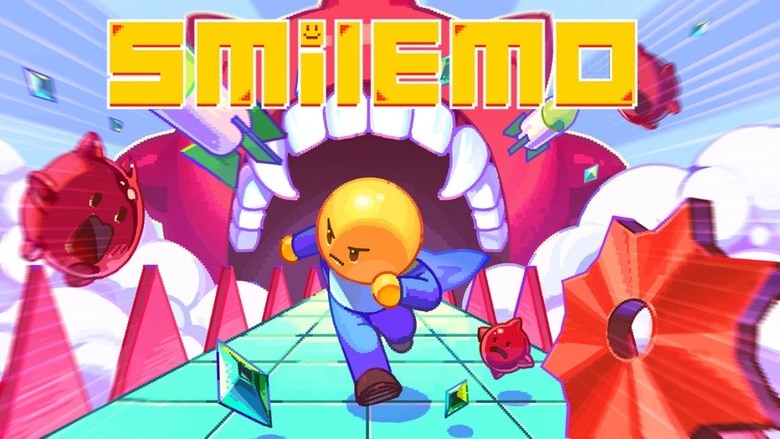 The side-scrolling action game Smilemo, from publisher CFK, is available to pre-order now and will be released on January 19th, 2023, for the Nintendo Switch. You can get it at a 10% discount from now to one week after its global release.

A demo is also now available in the US eShop, and you can download it here.

Smilemo is a charming pixel art game that takes you on the journey of our main character, Smilemo, as he tries to rescue his computer world from a sudden virus attack. Gamers will take control of our smiley protagonist as they collect the bits of vaccine code scattered across various storage areas and fight back against the virus.

Each stage is brimming with manifestations of the “red infection,” all able to send you reeling backward with each and every touch! If your timing is off, you may find yourself bouncing out of control, even finding yourself all the way back at the start of a level.

With its introduction on Steam, Smilemo received a conglomerate “Very positive” rating, praised for its simple, yet maniacal game mechanics. Due to the tense mood, the infinite rebounding mechanic, and other interesting elements, it has also become a hot item among content creators around the globe.

With the introduction of the Nintendo Switch™ version of Smilemo, gamers will now be able to experience the entertainment Smilemo has to offer on a variety of platforms. CFK is also providing gamers an easy way to try out the game through the demo, now available on the Nintendo eShops.

One day, a computer world was plunged into crisis by an unexpected virus infection.

Our smiling emoji protagonist, Smilemo, barely managed to survive, and now he must help the system admin by collecting the vaccine code that has been scattered across the infected world!

● Game features Against a backdrop of a virus-infected computer world, players must take control of our daring protagonist, Smilemo.

Run, jump, cling to walls, and dash through the air! There’s all sorts of action waiting for you to conquer with these simple movements! In the end, will Smilemo be able to overcome the obstacles, restore the vaccine code, and bring peace back to the computer world?

● “Beware of the red!” One touch of the virus will send you flying uncontrollably with our “endless bouncing mechanics!” Each stage is full of the “red infection,” taking such forms as human shapes walking, walls of spikes, and spinning saw blades.

If your timing is wrong and you end up touching the virus, you’ll be sent backward with each and every touch! When gamers come back to their senses, they may even find themselves back at the start of the level.

Smilemo’s charm comes from the unique feeling it brings on as the tension rises higher and higher. One should move carefully in order to avoid the viruses strategically placed throughout the stages, each able to send you spiraling out of control with a single touch!

Smilemo carries a simple yet complex, difficult yet approachable level of difficulty, providing the players with checkpoints while also sending them flying with a single mistake. Even when they do make a mistake, players can try again and again from the checkpoints scattered throughout each stage, greatly reducing the difficulty players will face.

● Combat the virus by collecting pieces of the vaccine code scattered throughout each stage. Face off in an intense battle against the boss! Avoid the boss’s attacks and survive until the bitter end to get revenge! Gamers should collect the pieces of vaccine code in each stage while avoiding the viral manifestations. In addition to all the obstacles, players will also come across the giant “Trojan Horse” boss and its attacks, adding further to the tension. Gamers have to run all out to escape from the giant virus and survive to the end of the stage. Don’t lose focus once, because even a small mistake will mean the end of your smiley life.

Can you overcome the obstacles, restore the vaccine code, and bring peace back to the computer world? Smilemo’s spectacular adventure begins now!

To celebrate Smilemo’s global release on the Nintendo Switch™, CFK will be offering a 10% discount from the time pre-orders open (Jan. 5th) to one week after its release (Jan. 26th) in order to give gamers a chance to get their hands on the fun at a more affordable price.

The Nintendo Switch™ version of Smilemo will be available on Nintendo eShops around the globe starting January 19th, 2023.