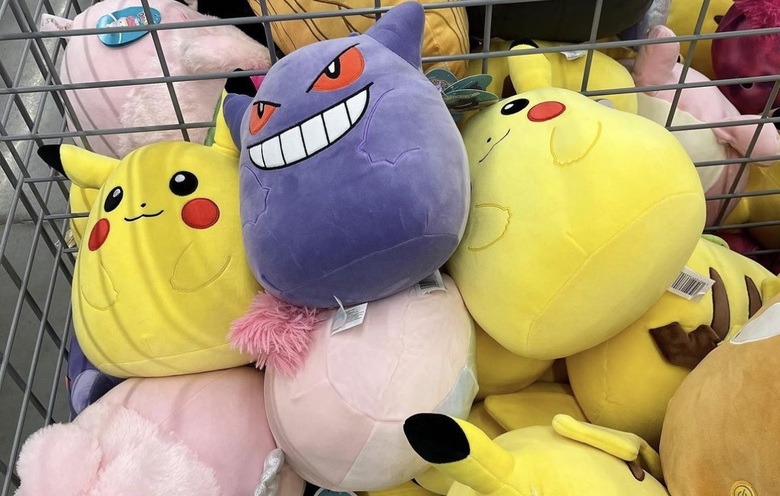 We’ve got a Pokémon news roundup, and it all starts off with the Gengar and Pikachu Squishmallows that recently popped up at Walmart.

You might remember Pokémon Co. noting that these official Squishmallows would see a restock sometime later this year, but surprisingly, a new round of stock was spotted at Walmart locations recently. Furthermore, these Squishmallows were priced at roughly $16, which is considerably lower than the online price of $30. Well, hopefully you made your Walmart trip already, as it appears the Squishmallows have been yanked.

We don’t have an official explanation as to why these Squishmallows have been removed from Walmart, but word on the street is that they were accidentally sold early. We’re hearing that January 9th, 2023 might be the official date, so we could see stock return to stores then. If any official word comes out, we’ll be sure to share with you.

Finally, it does seem these Squishmallows are of lower quality than what was being sold online through the Pokémon Center website. They’re still very much official Squishmallow products, but they’re a tad smaller and of lesser quality. Just something to keep in mind should you decide to purchase them.

Next up is a fun little find about some recently-released Pokémon Trading Card Game cards in Japan. As you can see above, the three cards feature Ralts as it lives out life with a family. The different cards not only show the evolution of Ralts, but how the family changes as the years go on.

This isn’t the first time we’ve seen this kind of approach with Pokémon cards, but it’s always nice to see this kind of detail put into releases. Hopefully we see more cards use a similar storytelling approach in the future.

Finally, we have the ultimate taste test for Pokémon Scarlet/Violet sandwiches! Those who’ve spent time with either game have no doubt put together a sandwich or two to boost their Pokémon stats. Wondering if any of those sandwiches would actually be tasty? You can watch the video above to find out!

YouTubers Taka and Kat spent a grueling 40 minutes building every single sandwich from Pokémon Scarlet/Violet in the real world, and then they chow down to see if the creations are delightful or disgusting. As you might guess, some of these sandwich concoctions are best left to the digital realm!