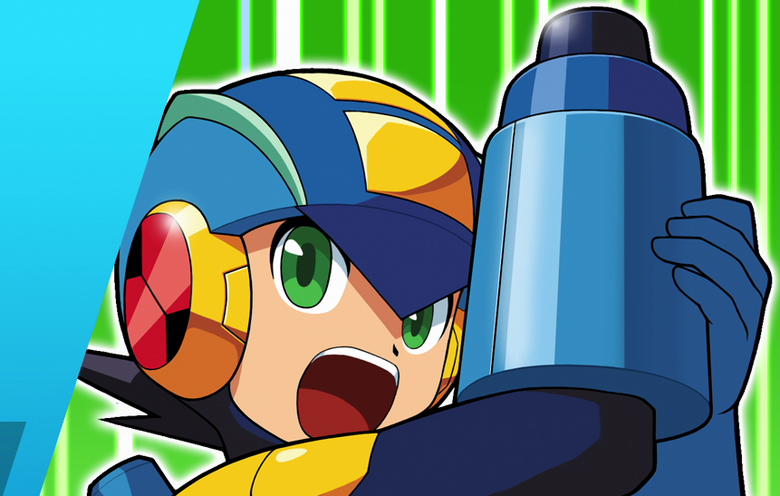 Mega Man Battle Network Legacy Collection doesn’t come out until April 14th, 2023, but now’s as good a time as any to run down what the game has to offer.

The story of Mega Man Battle Network takes place in the near-future interconnected world of Net Society, which depends upon computer programs known as Network Navigators (or NetNavi for short) to manage everything from their toasters to city power grids. While the networked age brings all manner of convenience, it has also imported a wave of cybercrime eroding all levels of society. In these games, players take on the role of Lan Hikari using their PErsonal Terminal (or PET) and his NetNavi, MegaMan.EXE, to confront the culprits behind these cybercrimes. Players control MegaMan.EXE as he explores the net, engages in grid-based combat, and uses Battle Chips to gain devastating abilities capable of deleting even the most sinister viruses.

10.EXEllent Games – Available as a single collection or as part of two separate digital volumes, the full list of titles in the Mega Man Battle Network Legacy Collection includes:

Rocking Tunes – Rock out to some tunes in the Music Player, which includes more than 180 tracks from all 10 titles.

Roll Through the Gallery – Network Navigators will be able to access over 1,000 pieces of concept art, character sketches, and official illustrations in the collection’s Gallery. The “Mystery Data” section will contain exclusive illustrations from past events and images of licensed goods from this era of Mega Man titles.

Crisp Visual Filters – Optional high resolution filters allow players to enjoy smoother, less pixelated visuals. Players can turn the filters off / on at any time if they would prefer to enjoy the original visuals of the Battle Network games.

Collect and Trade with Friends – NetBattlers on the hunt for specific Battle Chips and MegaMan.EXE styles can collect and exchange with other NetBattlers around the world. Take-on All CHallengers – Players can participate in online Private Battles, Casual Battles, and Ranked matches. Those looking to mix things up can also choose from different sets of battle rules such as Real Thing Battles and the return of Triple Battles and Version Battles from Mega Man Battle Network 3 and Mega Man Battle Network 4.