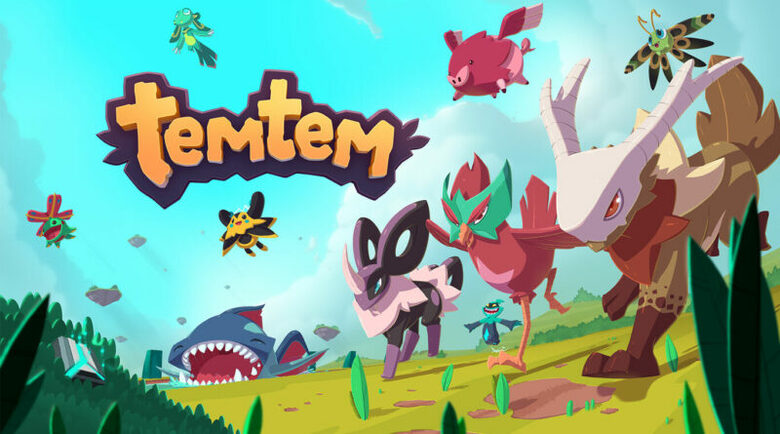 Temtem has been updated to Version 1.2.1. You can see the full patch notes for this update below.

We’ve had to delete all the Showdown codes, except the eSports ones, due to a data conflict. Your teams haven’t been affected, you’ll just need to generate a new code, and, if you were using or posting it somewhere, replace that with the new one.

Aqua Bullet Hell has accidentally been removed from your Umishi and Ukama, but you’ll have an empty technique slot and ABH will be in your learned techniques, so you can re-learn it immediately. We apologize for the inconveniences!

We have added chat to battles.

You’ll see a new menu during battles from now on, with new icons for the Details, Battle Log, and the Chat with their assigned hotkey.

Chat will be hidden by default, and you can make it pop out by pressing the associated hotkey, just how the Battle Log works. Chat in battle is disabled for Ranked matches, in-game tournaments, and Dojo Wars, and available for friendly competitive matches and PvE.

We’ve added the new music variations per island, this time to the competitive battle theme.

The Egg Technique icon now appears in Techniques that are Egg Techs in the details of a Tem in Showdown.

We’ve implemented a new icon that will notify you if there is something available to claim in events.

We have tweaked the idle battle cameras following the feedback provided by the community:

In order to reduce motion sickness in some players, we’ve slowed all camera movement to 1/3 of its original movement speed.

They will also start after 12 seconds of inactivity, as opposed to the previous 5 seconds of threshold. This will make them way less prevalent.

In the specific case of Koish fishing, we’ve removed most of the camera angles so that only cameras that focus on the Koish patterns appear. We have also developed some new cameras for this activity in particular that will make identifying the patterns and colors easier.

We know idle cameras have caused issues to some our players. Before we go through with disabling them, which would imply we stop receiving feedback and iterating on the feature, we’d like to give these changes a go to improve the main problems the cameras had. We believe the idle cameras add variety and richness to the game, so we’d rather polish them until everyone is happy than disable them without giving them a chance to be good.

Tem Renaming Voucher is no longer automatically used when renaming a Temtem. Players will now always have the option to pay the name change with Pansuns instead. Players will now be able to use the Fruit Blender with Tems in the Temdeck too, not only the ones in the squad.

The Fruit Blender will now show how the stats will change based on the TVs selected. Showdown Temtem will now always start with their SV value at 50 by default, instead of 0.

The game will now show the gamepad buttons for each action when you press a modifier (a button that displays a set of hotkeys) in battle.

We’ve added new notifications for the Trade House: when you sell something, and when an auction ends without the item/Tem selling.

When you input a maximum quantity in one of the advanced options of the Temdeck and Trade House filters, it will now automatically select 0 as the minimum quantity.

Added more information to the Victory screen at the end of a Ranked match in the case of winning because the opponent concedes or in the case of tying.

Added a glowing effect to the claimable items of events, the same effect that is used in the Tamer Pass.

We’ve made some improvements to entering text in some UIs, so it’s easier to understand if the text is not valid for any reason.

We’ve made some performance improvements to the game’s UI.

Dojo Rematches and Archtamers teams have been revisited and modified to match the current meta.