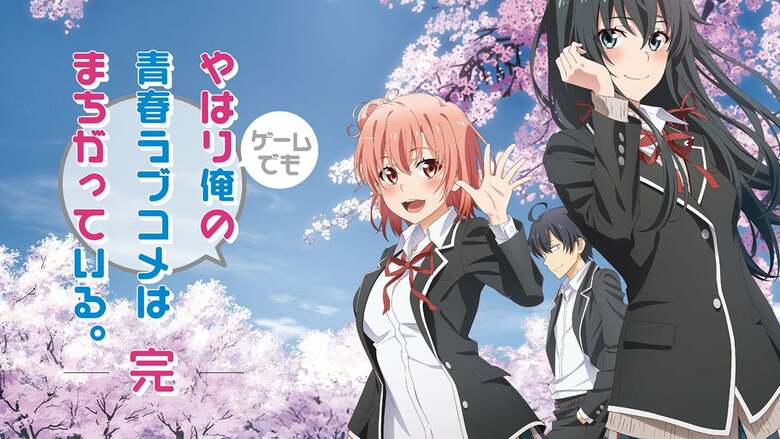 MAGES has revealed that the light novel game, My Teen Romantic Comedy SNAFU Climax! will launch on April 27th, 2023, for the Nintendo Switch in Japan. The standard version will cost 8,580 yen ($67), while the Limited Edition, which will include a new original video animation on a Blu-ray disk, will cost 14,080 yen ($110).

About the game (via Gematsu):

My Teen Romantic Comedy SNAFU is a popular light novel series that has achieved over 10 million copies in circulation. After three TV anime adaptations and two video game adaptations, the third video game adaption is finally here on PlayStation 4 and Switch. My Teen Romantic Comedy SNAFU Climax! Game features an original story with six routes based on the player’s decisions.

In the game, the player can enjoy new stories centered around six heroines (Yukino Yukinoshita, Yui Yuigahama, Iroha Isshiki, Saika Totsuka, Shizuka Hiratsuka, and Saki Kawasaki), different from the stories of the anime and light novel. The direction that the story takes is up to the player!

What!? The Service Club is No More!?

Protagonist Hachiman Hikigaya the other members of the Service Club are in a crisis!

Though they completed a request from the Chamber of Commerce, they were not even authorized in the first place—the school never even recognized them.

Take on and complete a new request from the Chamber of Commerce! This is the only way to protect the club’s current activities.

To protect their clubroom, Hachiman and the other members take on the Chamber of Commerce’s request.

Check out some screenshots here
[Gematsu]