Season of Remembrance now live in Sky: Children of the Light

Don't forget to check it out! 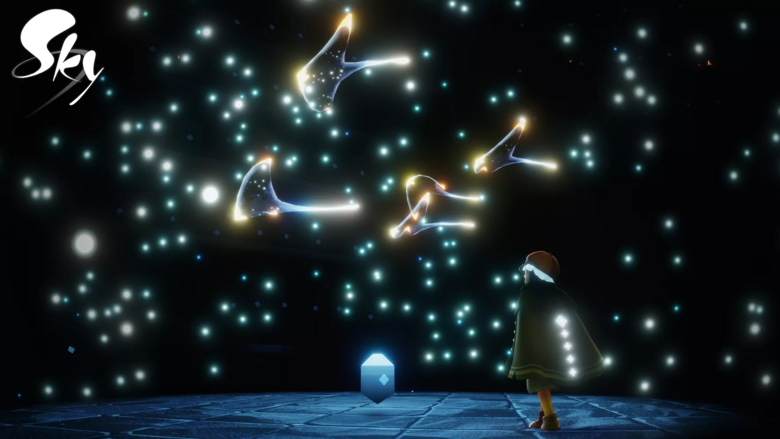 Announced first earlier this month, thatgamecompany is excited to share that the Season of Remembrance is now live in Sky: Children of the Light until April 2nd, 2023.

Signs of the kingdom’s upheaval echo in the ruins you’ve seen while venturing through Sky. With Remembrance, we wanted to link these signs scattered throughout Golden Wasteland and prior Seasons to reveal more about a critical era in the kingdom’s history—one that has only been hinted at until now. Season of Remembrance returns to more intimate storytelling within the Vault of Knowledge, where four new Spirits have found shelter from the upheaval disrupting their lives in the kingdom they had known.

Through Seasonal Quests, Spirits share both their own emotional experiences of the turmoil in the kingdom, and memories of the tangible objects that connect them to what they lost. As a new element for this Season, help each Spirit by creating a Shared Space for them, so they can take their first steps to start anew. Create the Space using your own ideas, or visit Spaces created by other players to gather inspiration!

This Season includes updates for Shared Spaces, too, including a new appearance to better reflect their connection to the past. UI improvements will make them more streamlined to use, and now you’ll be able to join friends and others to more easily view the Shared Spaces they’ve created.

Beginning from the 0.20.0 update, the Shared Spaces in Vault of Knowledge and Daylight Prairie will also include a collection of items that can be placed in those Spaces, even if you don’t already have them in your closet. (We hope to gradually add these to Shared Spaces in other levels in future updates, too!)

As in other Seasons, Remembrance Spirits offer themed items that reflect their experiences, including capes, hairstyles, outfits, plus a new stance. The Season Guide also offers placeable objects linked to each Spirit’s story, and they offer two Ultimate Gifts connected to their own place in Vault of Knowledge.

Seasonal content can be enjoyed by all players. Players with a Season Pass ($9.99, all prices USD) have the opportunity to unlock all items in Seasonal Spirits’ Friendship Trees and the Ultimate Gifts offered by the Season Guide. The three-pack Gift Pack bundle ($19.99) comes with two gift passes to give to friends in the game.

The stories of Sky are told not just through quests, but also music, the environment, even the items Spirits wear—not to mention the animation project we’ve been working on, too!

We’ve seen the result of Sky’s history, but its past is still rich with stories that wait to unfold before you. With Season of Remembrance, we invite you to a touching new link in the arc of Sky’s history, and bring your light to all corners of the kingdom, even those that fell into darkness. Starting on January 16th, we’ll see you in the skies—and in Vault of Knowledge!