Taking a stab at things in a couple weeks 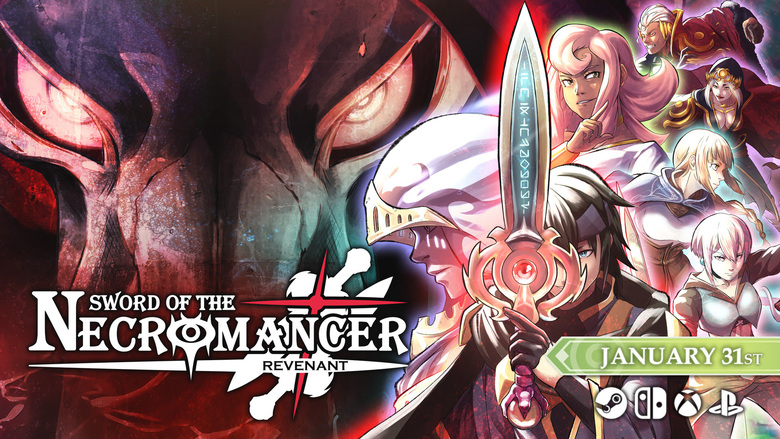 Grimorio of Games announced that they will be launching the previously-revealed Kickstarter campaign for the 3D Action RPG, Sword of the Necromancer: Revenant, on January 31st, 2023. This title has been confirmed for Switch release should the Kickstarter hit its main goal.

The first Sword of the Necromancer also had a successful crowdfunding campaign, raising €201,256 from its initial €15,000 goal. Revenant’s campaign will have an initial goal to fund the game’s physical edition, with additional stretch goals to add more features to the game.

Backers will be able to obtain the game at a lower price than when it comes out. Exclusive campaign rewards will also be available, including a special surprise. The campaign will also offer limited “Early Bird” pledge tiers, so signing up to receive the notification when the campaign launches is recommended.

Sword of the Necromancer: Revenant is a third-person 3D Action RPG with Dungeon Crawling and city building. Revive your enemies once again and make them fight alongside you! With a completely renewed battle and companion system, travel the continent, restore the Sacred City of Euda to its former glory and vanquish the ominous threat that looms over the world. Gather the powers of the Revenants, forgotten heroes of old times and create a little army of dead to defeat the Necromancer once and for all.