Dokapon Kingdom: Connect gets first round of screens, new details 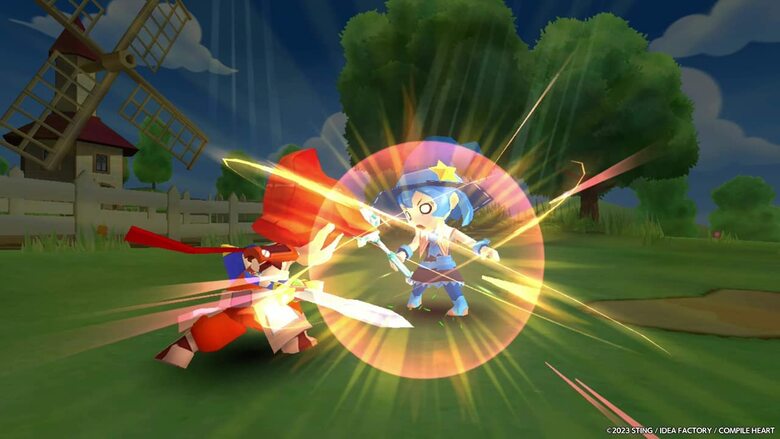 Just last night, publisher Compile Heart and developer Sting revealed that they’re working on Dokapon Kingdom: Connect for Switch, and it’s due out in Japan on April 13th, 2023. Those interested will be able to pick this one up for 6,380 yen.

Following that initial burst of information comes the first batch of screens, along with a complete gameplay breakdown. You can find the screenshot gallery here and read the details below, as translated by Gematsu.

Board game x RPG. This is Dokapon Kingdom: Connect.

The only condition for victory is to “earn more money than everyone else.” Players become “heroes” and aim to become “The Hero Who Earns the Most Money.”

The rules are simple. Stop the wheel, move, and follow the instructions on the space.

Defeat monsters, obtain items and treasures, change jobs, get robbed by strange characters, and even rob your friends of their money. No mercy for friends or family! The mischievous battle were anything goes begins now!

Once upon a time, there was a kingdom named Dokapon where the people enjoyed nothing more than their money. The sight of its golden glimmer, the comforting clink of a full wallet, the metallic taste of a freshly minted coin… Everyone Loved their cash, and nobody Loved it more than the King.

One day, monsters appeared out of nowhere and attacked the towns of Dokapon Kingdom. These monsters stole people’s money for their own mysterious reasons, and the people became so poor that they were unable to pay their taxes to the King.

The King, moved to tears by the plight of his people and his income, called upon heroes from far and wide to free his people from the monsters. The reward for this dangerous task is the beautiful Princess Penny’s hand in marriage and the throne of Dokapon Kingdom!

A journey full of danger, intrigue, betrayal, and cold, hard cash is about to begin!