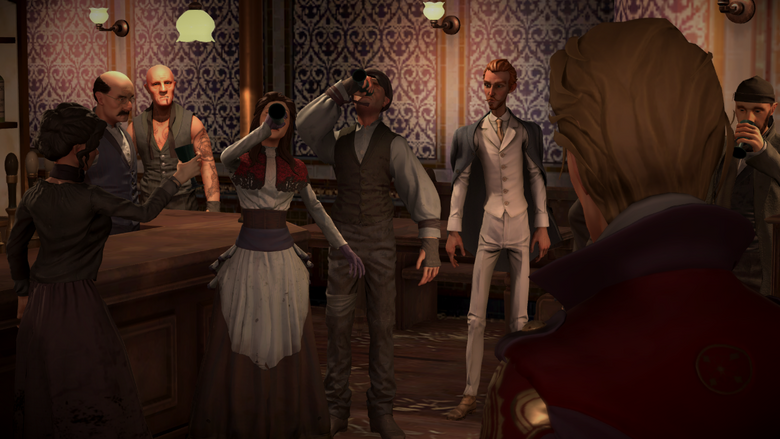 Just last week, Hidden Trap, in partnership with Dolores Entertainment and Salix Games, announced that the narrative game Dance of Death: Du Lac & Fey would join the Switch lineup in mid-March. We’re not sure what happened in the span of a week, but now the game has been confirmed for a January 27th, 2023 release, so considerably earlier!

In this story full of mysteries and investigation, the players embody the Arthurian characters Lancelot Du Lac and Morgana Le Fey who travel to Victorian London, searching for hints about the recent crimes in the city. The final release dates and price will be announced in the coming weeks.

The game starts controlling Morgana Le Fey, the powerful sorceress, now transformed into a hound, along with the hero of the past, Sir Lancelot Du Lac, who travels around the world searching for a cure for their curse. Their travel drives them to London, where they will find Mary Kelly, a villager from Whitechapel, who is trying to unmask the mysterious murderer. The player will have to speak with Whitechapel inhabitants and look for the crime scenes, which won’t be appropriate for sensitive stomachs.

The game takes place in real locations, based on real situations. The murders done by “The Ripper” and their locations are historically accurate.