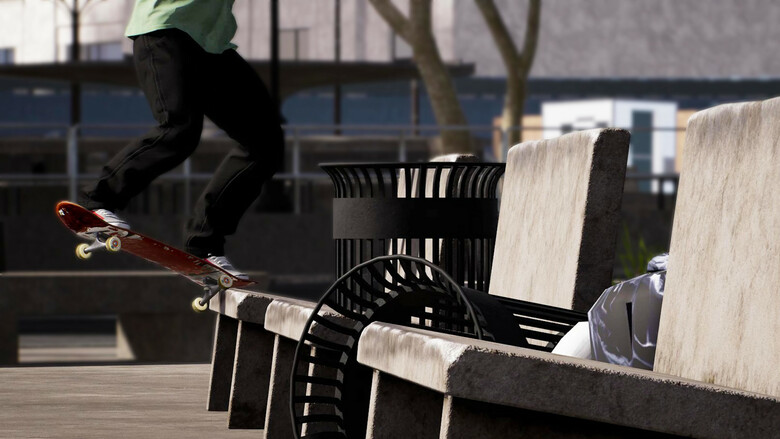 Back at the very beginning of September, we learned that Session: Skate Sim was seeing a Switch release, thanks to a Taiwanese rating. While it’s been radio silent since that discovery, today brings us a fresh update thanks to an eShop listing.

Skate the Péitruss skatepark in Luxembourg, practise in the dedicated Hangar area, and customize your skater and skateboard with a prisoner outfit and exclusive grip tapes.

Inspired by the golden age of street skating – the 1990s – Session: Skate Sim lets you experience true skateboarding and its culture: no scoring system; just you, your spot and your imagination! There’s no need for judges to tell you that your noseslide or varial heelflip are perfect for this spot. And because certain locations are iconic, the developers have added several of them to the game for you to skate in and express your creativity, including Black Hubbas (New York City), Brooklyn banks (New York City), FDR Park (Philadelphia) and many other spots.