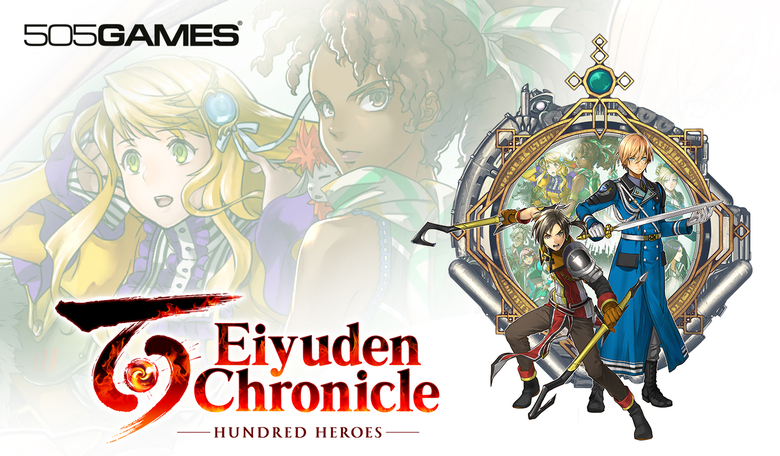 To access the public survey, fans should follow the link https://505.games/DLC3 and cast their vote for one of five potential themes, with details set to change as development continues.

Option 1: Join forces with a samurai Iugo, a ninja Mio, and a swordswoman Hakugin on a secret mission from the East Reach to put down the escaped yokai (monsters). Survive challenging boss level battles!

Option 2: A tale of honorable war between the sandwalkers and their rivals the desert mercenaries. Embark on an eccentric journey with Yuferius, Barnard, Scarlet, and other exciting figures from this installment.

Option 3: Journey through the story of the origin and collapse of the once prosperous Elden Realm and discover the secrets of the rune-lenses! The collectors will not want to miss this supernatural story involving Markus, Milana, Quinn, and other mysterious characters.

Option 5: Mellore, Carrie, Momo, and other magical powered girls set off on a hilarious story that is too cute to pass up. The Alliance forever changed after a bit of girl power was poured into the mix. Faceoff against mind bending unique battle scenarios and leave it to the magical girls to save the day.

This survey continues the Eiyuden Chronicle franchise’s tradition of centering fan involvement, dating back to the record-breaking Kickstarter campaign. Featuring a unique setting, carefully-crafted storyline and a massive cast of characters, Eiyuden Chronicle: Hundred Heroes celebrates a genre of JRPG readily associated with studio lead Yoshitaka Murayama (Suikoden I and II) and director Osamu Komuta. With this in mind 505 Games and Rabbit & Bear aim to ensure that the fans who brought the series to life continue to have a say in what both parties hope to be a long-running partnership with further games to come.