No word on a localization yet 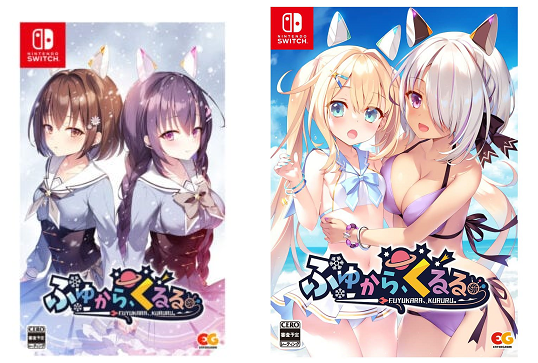 Publishers Entergram has announced that the SILKY’S PLUS-developed romance visual novel Fuyukara, Kururu. is heading to Switch. The title is slated to launch in Japan on May 25th, 2023, and there will be both a standard and limited edition release. The standard version is priced at ¥8,228, while the limited edition comes in at ¥12,070. This version includes the game, a drama CD and SD illustration keychain.

You can see an official story synopsis for Fuyukara, Kururu. below.

It seems Shihon-chan’s headless body was found in the meditation room.

A murder isn’t unusual, after all, there’s at least one bloodthirsty killer at school.

Murdering people is fine and all but it’s considered a taboo that must be never violated to decapitate and hide their head because one can never be revived if so.

If her head isn’t found within two days, she’ll really kick the bucket!

A boarding system school isolated from the outside world, and there do the immortal girls live.

There’s only one condition in order to graduate from school: one needed to be deemed a prodigy by someone observing from the outside. The moment that verdict be handed down, the girl’s graduation would be recognized and she would disappear from school.

The immortal girls’ peaceful school life would be greatly disturbed by a certain murder case.