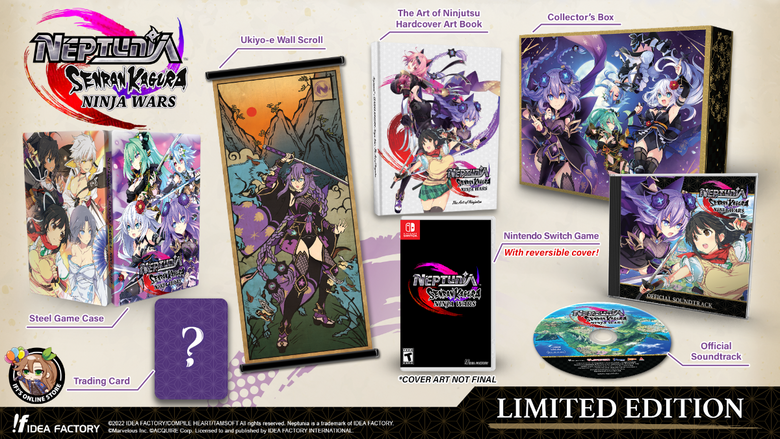 Neptunia™ x SENRAN KAGURA: Ninja Wars, the upcoming action RPG crossover, lands on Switch on April 19th, 2022. If you’re eager to get in on this one, you’ll be happy to know that both digital and physical versions are now available for pre-order.

If you’re looking for something a bit more fancy, you can go with the Limited Edition version via the IFI Online Store. The Limited Edition, priced at $100, includes the Art of Ninjutsu Hardcover Art Book, an Ukiyo-e Wall Scroll, the official soundtrack, an exclusive trading card, and steel game case. You can lock in your pre-order for that version here.