Digital Foundry thinks the latest Zelda: Breath of the Wild 2 footage points to a Switch revamp

Is that you, Switch Pro? 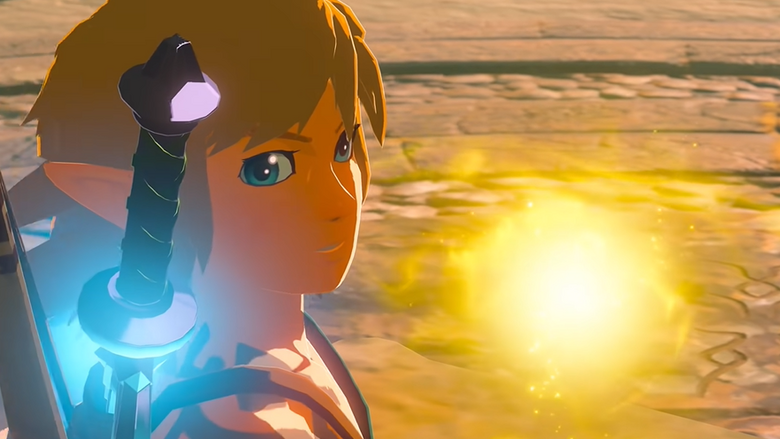 Back at the end of March, Nintendo shared a bombshell we all feared was coming. The Legend of Zelda: Breath of the Wild 2 has unfortunately been pushed out of 2022 for a Spring 2023 launch. That announcement came with some gameplay footage a few new snippets of action, and it’s that gameplay that has Digital Foundry speculating on the future of Switch.

At the 22:38 mark in the video above, the Digital Foundry team discusses the delay of Zelda: Breath of the Wild 2, but more important, the gameplay footage that accompanied the announcement. According to the expert eyes at DF, there are a number of things going on in the trailer that seem too far out of the realm of possibility for Switch.

In particular, some scene transitions featuring anti-aliasing and volumetric clouds showcase elements that would push the current Switch too far. The team discusses how these snippets of gameplay may have been rendered out specifically for trailer purposes, and aren’t running on native Switch hardware.

We’ve certainly seen examples of Nintendo gameplay footage that looks considerably better in early trailers, and then gets paired down for the final game release. It actually happened with one of the original Zelda: Breath of the Wild trailers, which showcased a much greater draw distance than what’s on display in the final release.

To be clear, the DF team doesn’t think that Zelda: Breath of the Wild 2 would skip Switch in favor of Switch 2. They’re leaning more towards a situation of a Switch/Switch Pro difference, where the game would be on both systems, but some of the bells and whistles would only appear in the Switch Pro version.

To once again be EXTRA clear, a Switch Pro has only ever been rumored. Yes, there have been multiple inside sources who claim the device is real, but these rumors have been floating around for years now, and we haven’t seen anything concrete. This Zelda: Breath of the Wild 2 discussion is just the latest reason to dive back into Switch Pro rumors. It’s certainly fun to speculate, but please don’t confuse speculation for fact.

All we know for certain is that Zelda: Breath of the Wild 2 is coming in Spring 2023. Until then, we’ll just have to wait and see what Nintendo does.