European March 2022 Sales: Switch at No. 1, Strong debut for Kirby 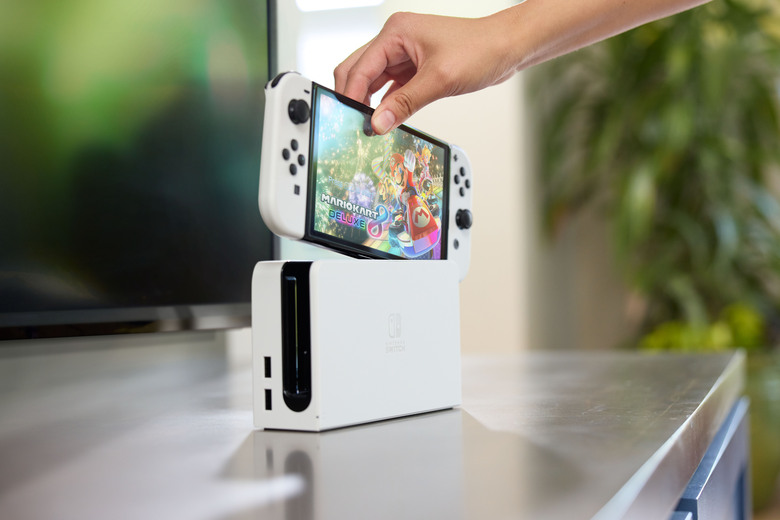 Yesterday, we shared with you the details of how Nintendo performed in the UK and Japan, and in both territories, Nintendo was in a good position. Europe was no different as the Nintendo Switch was the best-selling system in the region, and year-to-year sales were also up.

In terms of software, Kirby and the Forgotten Land debuted as the fifth best-selling game during the month of March 2022, that’s 231% higher than Kirby Star Allies. However, it is important to mention that Nintendo does not share digital data with GSD, which means that Kirby is at No. 5 when only counting the physical sales, while other games have both digital and physical copies counted, so who knows where Kirby or other Nintendo games actual are in the chart.

New releases like Pokémon Legends: Arceus, Big Brain Academy: Brain vs Brain (click here to be even more surprised), and Triangle Strategy are sitting at No. 8, 16, and 20 respectively, while older titles like Mario Kart 8: Deluxe and Mario Party Superstars are at No. 11 and 12 respectively.

Out of the top 20 games sold in March, six of them are published by Nintendo, two of which are in the top 10. Here is the full list: 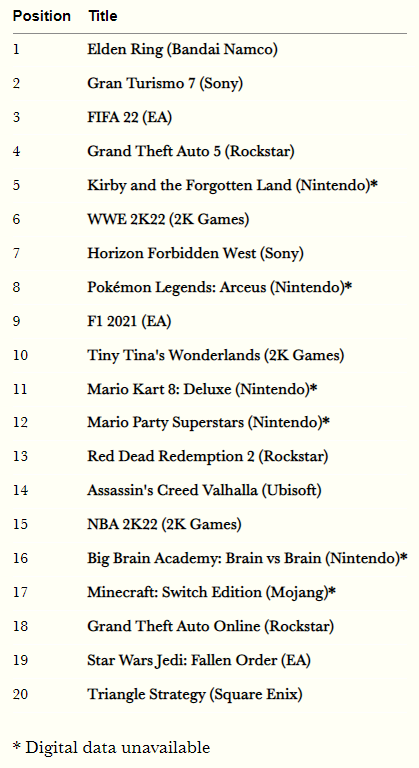