Defend the Rook is available now on Nintendo Switch 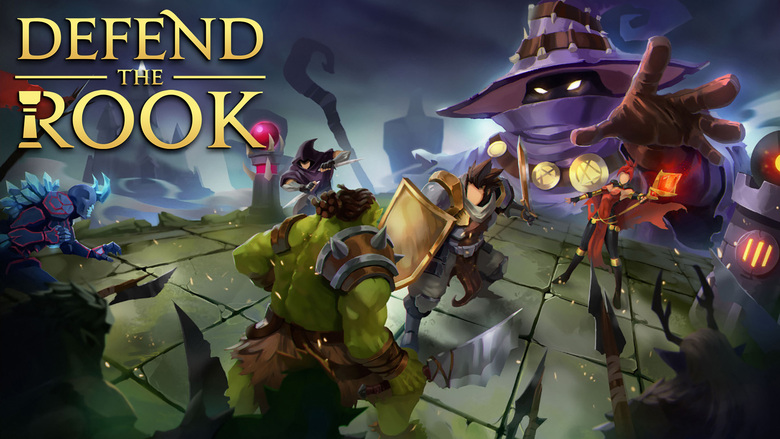 Defend the Rook, published by Goblinz Studio and developed by One Up Plus Entertainment, is now available on Nintendo Switch; you can buy the game on the eShop here.

Defend the Rook, the roguelike tactical tower defense game where heroes must defend their kingdom against enemy invaders from developer One Up Plus Entertainment and publisher Goblinz Publishing, heads to battle on Nintendo Switch today.

Become a powerful Magister set to defend the Golden Queen’s kingdom when the threat of a demon lord risks the fall of her empire. Defend every inch of the realm with legendary heroes and powerful contraptions to defeat hordes of foes in turn-based battles throughout mushroom-covered mountains, snow-topped forests, and volcanic terrains.

Strategically position each hero including the Warrior, the Rogue, and the Sorceress, across the battlefield. Fight against goblins, elves, orcs, and other mythical creatures with tactical planning against opponents’ positions and impending attacks. Protect the Rook, the kingdom’s life essence, from all rotten monsters wanting to destroy it to seize the magical crystals powering the land.

Lay ice traps to freeze opponents in place, place barricades to delay incoming attack waves, and utilize toppling towers to gain the upper hand. Create in-battle spell combinations to restore heroes’ health, brew up a static storm taking down many rivals at once, and allow a hero to attack twice in the same turn.

Upgrade heroes’ powers and contraptions through experience points and gold gained from each kill. Face waves of tougher opponents and the opportunity to unlock a hero enhancement for each win, such as the Trap Master to increase the power and range of armed traps on the battleground.

Uncover mysterious plots as the Magister defeats each daunting boss threatening the queen’s kingdom. As the details unravel, the true intention behind the queen’s motives arises. Is she truly serving the best interests of her people or is she a tyrant no different from those she wishes to conquer?

“Defend the Rook tells a meaningful story of power through a tactical tower defense gameplay and heroic tale,” said Johann Verbroucht, founder and manager at Goblinz Publishing. “Each playthrough is powered with tons of unlockable upgrades and spells, with procedurally generated fights ensuring no run is ever the same.”

Defend the Rook is available now on Nintendo Switch for $17.99 USD / 14.99€. The game supports English audio and text, as well as Chinese (Simplified, Traditional), French, German, Japanese, Korean, and Russian in text only.