Six colors to pick from 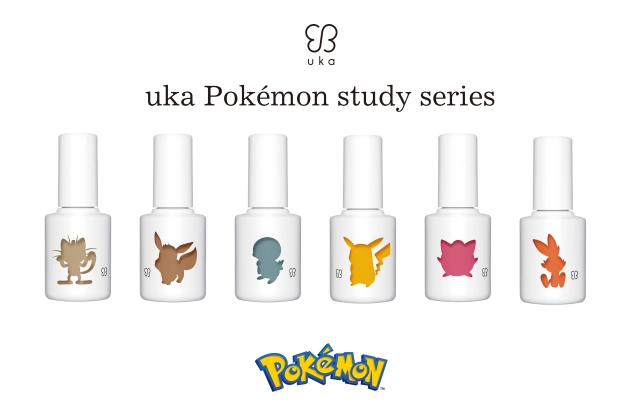 Back at the end of March, Pokémon Co. announced a collab with makeup company Maybelline for a series of Pokémon-themed makeup items. Soon enough, Pokémon fans will have some nail polish to go with their makeup!

Nail polish company uka has revealed a new Pokémon collab that’s resulted in the Pokémon Study Series of nail polish. There are six color options in all, with each taking the Pokémon personalities and types into account to create their colors. In particular, there are three adult polishes, and three meant for kids.

The three adult polishes are a vegan formula that are quick drying and moisturizing. This lineup includes colors for Meowth, Eevee, and Piplup. The children’s colors are water-based and can be removed easily. The colors here are inspired by Pikachu, Jigglypuff, and Scorbunny.

All six nail polishes are priced at roughly $22, and they launch in Japan on May 13th, 2022. If you’re a Pokemon super fan, you can buy all six in a special collection between May 6th and 11th, and it’ll cost you roughly $145.